The World According to Jean 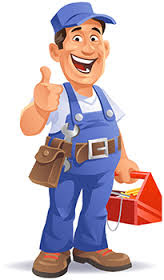 Canada is blessed with two main all news networks, CTV News Channel and CBC News Network. In my house we have a third called the Jean Network. The Jean Network is a term I've affectionately given our handy man Jean who is doing some work for us around the house. I haven't told him this though.

Jean is a personable guy, sociable might be a better word, very sociable, and informed. He spends all day listening to talk radio while he's working so he's up there on the latest news.

I say news but it started with the weather. We've had a considerable dump of snow lately and the temperature's been extremely cold. How cold? Don't worry. Jean will tell me when he arrives for work each day.

Ans he's the one that told me about the multi-car pileup on the 401 and the even multier (new word alert) car pileup on the Quebec Highway where people actually had to be taken to hospital with frostbite after being rescued from their cars. And I learned from the Jean Network that a bureaucrat or two had been fired from the Quebec government over the poor response time in rescuing those people.

And I was one of the first to hear of a local 70 year-old woman who died from a hit-and-run the other day. Well not the first. That was Jean.

And I even get updates throughout the day. So this works out great. I can read my book to my heart's content without having to watch the news myself.

And it's all included in the charge for the work around the house. Now that's a handy man.