A Scintilla Of A Pun 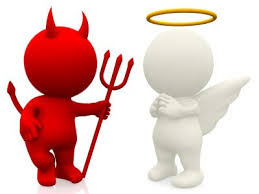 Peter and Mary met at Bible school. They were in love. Deeply in love. But as in many new relationships Peter wanted to take things to a deeper level - nudge, nudge, wink, wink - but Mary wasn't ready to go there.

"Oh, Peter" she'd say when things would start to get hot and heavy "that would be a sin."

And Peter would back off. "Sin schwin" Peter thought (a good Christian Peter didn't swear and instead took a bicycle's name in vain.) "just when are things gonna change?"

This went on for some time. But Peter was persistent.

Peter would come on at the drive-in but Mary would say "Peter, that would be a sin."

They'd go for walks in the park at night but "Oh, Peter, that would be a sin."

And Peter got the hint. Mary was caving. When she protested but ever so mildly "Wouldn't that be a sin?" Peter passionately screamed "Oh, baby we're gonna sin till a blind man can see, a deaf man can hear and a dumb man can become President.

Needless to say it wasn't Peter's lucky night after all.

This week's Two Word Tuesday prompt was hint/scintilla. Here's a hint: I took a liberty with scintilla. 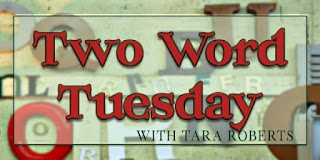