Get Up, I Feel Like Being a Sex Machine 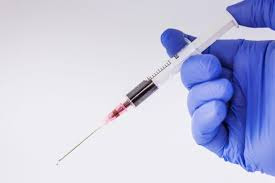 Now I wonder how many men have uttered those words made famous by James Brown, possibly followed by "Say hello to my little friend."

The older men get the more help they need in the sex machine department. Or so I'm told. Who knew James Brown did. I didn't. Maybe his problem was those tight pants. Just for the record. I don't wear tight pants.

Many aging men rely on the "little blue pill" or the yellow one. But that doesn't work for everyone. Unfortunately. But now there's something that might. Botox. You heard me. Not only does it give ladies a stiff upper lip. Now it might give men a stiff, um, somewhere lower.

It seems some Canadian urologists (let's hear it for Canadians!) have stumbled across another use for botox. They've been testing it on male rats. Now just for a moment try to imagine giving a needle to a male rat in his johnson. Must be a pretty small needle, not to mention the aforementioned sex machine. Do they need a magnifying glass? Do they have to strap him down?

But, regardless, I bet a lot of men are pulling (no pun intended) for that little rat (no other pun intended). And it must have worked because apparently they intend to start clinical human trials in the next six months or so.

Now in case some of you are worried about sticking a needle in your manhood every time you want to have sex the beauty in this discovery is it'll last possibly up to six months. One injection and you're good to go for half a year. Still I don't know about sticking a needle in my willy. And the urologists aren't sure of all the side effects. One might be prolonged erections without sexual stimulation. If that happens men might have to get used to another phrase, this one from their younger years" "Is that a banana in your pants or are you just happy to see me?"