A Different Little Story About Jack and Diane 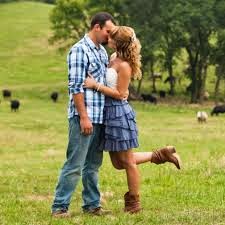 Jack lived a simple life. Up at 5 o'clock to feed the chickens, milk the cows, unpack the alpacas and jump on the tractor and head for the fields. Jack lived the single life tending his farm. In his mid-thirties he was a ruggedly handsome fellow but having left school in grade 7 to work on the family farm, the rural farm he tended now, he didn't have a lot of time for dating.

That was about to change.

One quiet evening, with the dishes done and the television dialled to a rerun of Sex In The City, the phone rang. It was his buddy Bud - no shit - on the other end of the line, telling him he'd be by in 15 minutes to pick him up for a guy's night out at the Lonesome Dolt, their favourite bar down the road in the small town of Littleville.

The joint was hopping when they arrived and they ordered a bootfull of draft. The 20 ounce glasses were shaped like boots. They didn't really drink out of their boots. What kind of hicks did you think they were anyway?

The Dolt was just like any rural western bar. It had sawdust on the floor, wagon-wheel lamps over every table and a bunch of guys in the corner doing a rendition of Boot Scootin' Boogie. A couple of couples were tripping over their cowboy boots attempting to line dance. And the washrooms had cute wooden plaques on their doors reading "Chaps" and "Split Skirts", the former proposed by a rodeo rider and the latter dreamed up by a Pete Townsend fan.

Bud poked Jack in the arm and pointed to the bar. "Jack" says Bud "You oughta mosey on over to the bar and buy that girl over there a drink."

Feeling he had nothing to lose Jack did just that.

With a nod of her head, she looked him up and down and agreed. Jack had succeeded with the first step and learned that her name was Diane.

"Are you from around here, Diane, or are you one of those city girls?" said Jack pressing his luck and  himself closer to her.

"Bucolic" repeated Jack. "Should you be drinking' then?"

She fluttered her big blue eyes and proclaimed "Oh golly you're right. I just blew my whole 12-step program."

Jack had met his match. They lived happily ever after.

The Studio30+ writing prompt this week was rural/bucolic.