I just got back from  2 weeks in Panama where I was taunting my fellow bloggers and Facebook buddies caught back north in the deep freeze with pictures of 90F heat from the beach, the ocean, the pool and so on.

But while there I got to thinking, "This is where I first met Donnie." Oh he wasn't actually in Panama but on the other end of an e-mail as a moderator for the original Humor Bloggers Dot Com telling me humour was subjective but I just wasn't funny and that my application had been turned down. Turns out, Chelle, the owner of HBDC had already approved my application and suggested I e-mail back in several days to confirm. Donnie didn't know that but, lucky for me,  over the years his opinion of me changed.

Donnie Kingery ran a blog called Beyond Left Field under the nom de blog Red Raider. And it was hilarious. I'm what Donnie might have referred to as a milquetoast, forever apologetic resident of the great white North, and Donnie - from Hattiesburg, Mississippi - struck me as a crusty red-necked curmudgeon and he ranted and raved about anything that struck his fancy and rubbed him the wrong way - but in an extremely humorous fashion.

And not only that, he knew about my cancer and the chemo and radiation treatments I'd been through and from time to time he'd send me private messages asking me how I was doing? I really appreciated his interest which was very genuine and heartfelt.

And I learned from Donnie. Did you know former football great Brett Favre was from Donnie's home town of Hattiesburg? No, me either until Donnie told me.

They say friendships you make through blogging and on Facebook are superficial. True, I never met Donnie face-to-face (although I wish I had) but Donnie, through his actions and comments was a very good friend with a big heart.

Unfortunately that heart stopped beating in early December and so Donnie's unique voice - he had only just renewed his interest in blogging recently - unfortunately has been silenced.

I'll miss you my friend. Rest easy wherever you are. This world could use a few more Donnies. 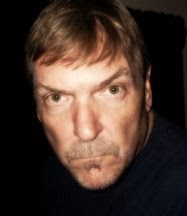 MalisaHargrove said…
What a beautiful, heartfelt tribute. Without technology, you might travelled through life without ever meeting Donnie. That would have been a shame as he obviously had an impact on your life. Donnie might have gotten a kick out of your tribute...not one, single pun! Lets raise a cold one for Donnie.
9 January 2014 at 12:39

Linda Medrano said…
This was a seriously lovely tribute to what sounds like a fantastic guy. I am only sorry I didn't know about him and read his stuff when he was around. Donnie sounds like my kind of people too!
9 January 2014 at 13:07

Indigo Roth said…
That's sad news John. I'd seen the chap about, but had never spoken. Sorry to hear you lost a friend. Indigo
9 January 2014 at 13:23

Nicky said…
I am sorry for your loss, mon ami. You are absolutely right about virtual friends being real friends. Never meeting in person doesn't stop you from bonding with someone.
9 January 2014 at 13:55

nonamedufus said…
Malisa, the guy was quite a character and the relationship that two opposites, such as he and I, was amazing.
9 January 2014 at 16:36

nonamedufus said…
He truly was one of a kind, Linda. He didn't suffer fools gladly, as evidenced in many of his posts, but he was a friend to me.
9 January 2014 at 16:37

nonamedufus said…
He'd on;y just gotten back into blogging after some time away from it. I missed his wit during that downtime. He was a great guy. Before he took a break he had me guest post on his blog. We came a long way from the day he told me he didn't think I was funny.
9 January 2014 at 16:39

nonamedufus said…
Donnie was one of the first members of Humor Bloggers Dot Com, back in the good old days of blogging 5 or 6 years ago. It's kinda cool how our friendship came about.
9 January 2014 at 16:40

nonamedufus said…
You're so right, Nicky. But I have to say the only New Year's resolution I've made this year is to drive down the Trans Canada to Montreal (actually the 17, I guess)) and finally meet you.
9 January 2014 at 16:42

mikewjattoomanymornings said…
I remember Donnie well from my early days as a blogger and member of Humor Bloggers. He was crusty, but funny -- a clear-cut character, and it's hard to stand out from the pack and be one of those. Like you, I was shocked and saddened to hear that he'd died, especially so young and suddenly.

Life is precious, and far too short, and Donnie's passing reminds me that we should all treat one another with far more respect, even those we disagree with or dislike.

nonamedufus said…
It was indeed a shock, Mike. How someone can so suddenly be taken from us. No sign of illness that I was aware of. He was a neat guy and I' grateful for the friendship we had.
9 January 2014 at 18:04

ReformingGeek said…
What a nice tribute, Noname! It is very sad that he was taken from us. I knew I could always count on Donnie for a good rant.

I wish these things wouldn't happen but one week ago, a retired former co-worker died suddenly, first thing in the morning, most likely from a heart attack. He was 69. Sigh. Another soul full of life taken too soon.
9 January 2014 at 18:29

OMG this whole time I thought it was some tasteless weird gag (for some reason I think everyone online is lying as fast as they can).

babs (beetle) said…
That is so sad. I remember him from my early blogging days. I never knew him, but saw him around I think, on Entrecard. You don't need to meet people to become good friends and I'm sorry for your loss.
9 January 2014 at 19:53

nonamedufus said…
OMG Entrecard. I had completely forgotten about that. Yeah, Donnie was there. He even had a few choice words to share about Entrecard as I recall.
9 January 2014 at 20:41

Screaming Me-Me said…
So sad our friend and humor blogger comrade has passed on. Actually, he was very kind to me when I first started blogging, the type of kindness which was easy to read, really genuine. We raise our glasses to you, dear Donnie.....salud!
10 January 2014 at 09:01

LOTGK said…
I as well when I signed up for Humor Bloggers back in the day received a reply from Donnie stating that I wasn't funny and would not be accepted into the humor click.
I replied in my best Joe Pesci typing, I'm not funny how, like a clown, I don't amuse you, I'm funny looking, or just not funny. Specify please. Something to that effect. I was accepted the day later. I believe he was testing me. I strived to be more funny with every post hence.
Donnie will be missed.
10 January 2014 at 10:01

nonamedufus said…
I knew you'd remember Donnie because you're one of the "older" crowd of bloggers like me. Remember when Donnie asked you and I to guest blog for him? That was kinda cool.
10 January 2014 at 12:05

nonamedufus said…
Haven't heard from you in a while LOTGK. Yeah, Donnie was just doing his job as moderator, trying to separate the good from the not so good. I'm glad you and I eventually made it into HBDC. Chelle ran that thing but it was bloggers like Donnie that helped make it a success.
10 January 2014 at 12:08

Paula Larew Wooters said…
I can hear Donnie whistling while he walks off into the sunset.
12 January 2014 at 13:18

Quirky Quirkster said…
Wow. I remember Donnie. I'm sorry to hear this very sad news. What a wonderful tribute you've given him.