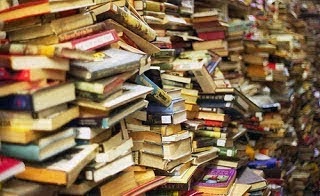 Among the highlights this month was the first book I read, The Goldfinch. This is a fabulous coming of age story that sprawled over more than 900 pages on my e-reader. Sure it was a tad long but it really held my interest and when I rated it on Goodreads I give it 5/5.

Music played prominently this month with Americana by former Kinks founder and frontman Ray Davies and two books he actually recommended in his book - Dusty! Queen of the Postmods and Beatles vs Stones.  I found Davies book interesting and entertaining although it practically skipped over the early days of the Kinks. The Dusty Springfield book was intriguing but I found it's style to take too much of an academic approach. I really enjoyed Beatles vs Stones where the author compares the groups via their musical output and cultural influence on both teenagers and their parents, not to mention each other.

I read some books from my favourite genre the hard-boiled detective novel. Of the three I  read in January I have to say I enjoyed the Rankin novel the most in which he treats the reader to the latest adventures of John Rebus who comes out of retirement and works at a lower pay grade as he solves this most recent case.

Here are the books I got to in January...

Not sure how well I'll do in February. I'll be doing a little writing of my own as I join some other bloggers in a little something called 30 Minus 2 Days of Writing. We'll see how much writing I can fit in.

Bryan G. said…
Looks like you're off to another great start for your reading for this year too.