I Make The Dough, You Get The Glory

April 01, 2008
You're cool and cred like Fogerty
I'm Elvis Presley in the 70s
You're Chateauneuf, I'm Yellow Label
You're the buffet, I'm just the table
I'm a Ford Tempo, you're a Maserati,
You're the Great One, I'm Marty McSorley
You're the Concord, I'm economy
I make the dough, but you get the glory 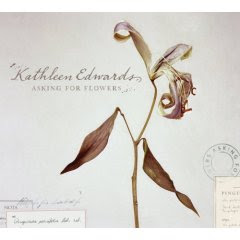 A great song, from a great CD. Quintessentially Canadian, its likely the first and only time you'll find "Marty McSorley" in a lyric, or for that matter Wayne Gretzky. I bought home town girl (Ottawa) Kathleen Edwards' CD a couple of weeks ago and it hasn't gone far from my CD player since - other than to take it with me and play in the car! Great music, fabulous pedal steel.