April 13, 2008
Last week Maryse departed the cold and snow of Ottawa for the colder and snowier Arctic. Her trip began in Edmonton and continued on to the Inuit communities of Inuvik, Tuktoyaktuk and Paulatuk. Sponsored by the Inuit Tapiriit Kanatami, 22 federal bureaucrats visited the communities, met residents and elders and partook in cultural feasts and events.
EDMONTON
Their first stop was the Royal Alexandra Hospital in Edmonton, thee hospital where northern Inuit go when they require hospital health services. That's "Doctor" Pesant on the right with several of her colleagues... 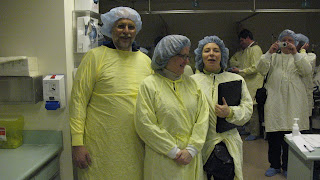 Then it was on to Inuvik, Northwest Territories. Here's the local church - in the shape of an igloo - and school. 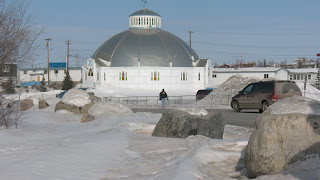 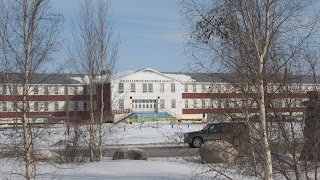 Then it was off to Tuktoyaktuk - a five hour drive via "ice road" stopping en route to visit a gas drilling site... 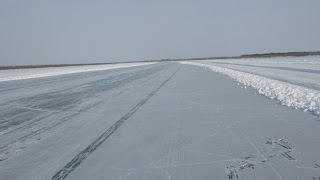 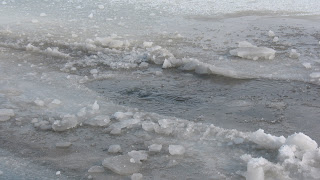 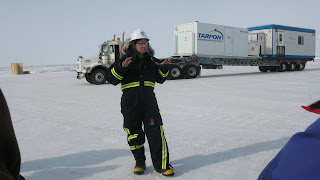 Maryse has wanted to visit Tuktoyaktut or "Tuk" for as long as she can remember. This trip was a dream come true. Here's a shot of the community from a distance, pics of the local housing, and finally of a special visitor... 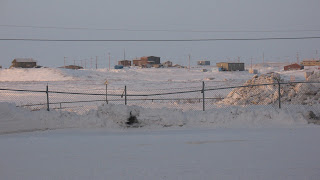 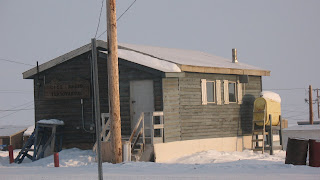 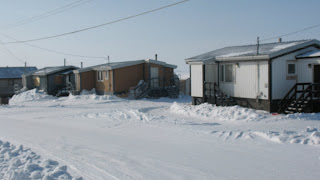 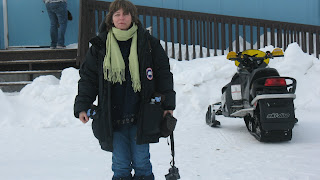 And then the group flew to Paulatuk, the northernmost settlement of mainland continental North America...

Here, they witnessed a gorgeous sunset, saw the community church, help shovel out the elder's house and went ice-fishing! 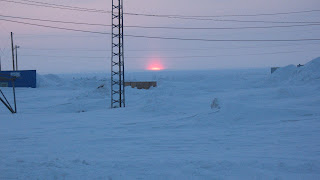 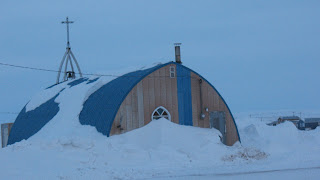 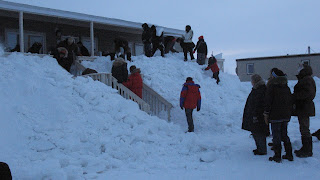 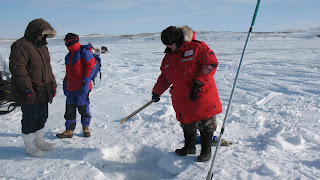 (Guess who's the monkey in the middle?) 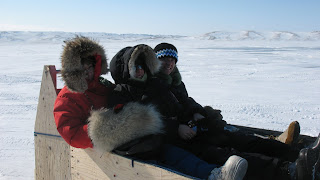 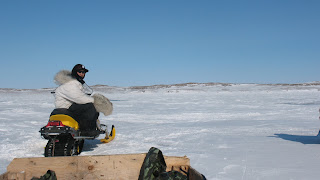 She had a fabulous time, loved every minute of her Arctic tour. In summing up, and repeating that well-worn phrase of those left behind everywhere, Maryse got to visit the Arctic and all I got was this T-shirt!!! 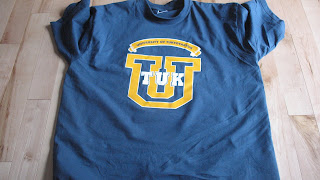