July 04, 2007
Last night we had an excellent meal at Cyrano's, Selo and Meg's restaurant. A kind of good-bye to Therese who leaves for home in Kelowna today, and for Philippe, who moves to Montreal to go to UQAM in the fall. Matt, Selo, Mamee, Maryse, Philippe and I all had pasta dishes. Meg had sea bass. The portions were immense, but not too immense for desert which also was delicious. Being diabetic I had Blackberry Sorbet. Philippe had pecan pie, Mamee had Creme brule and Maryse had the very lemon lemon cake. Again, contentment all around. Of course what's a gathering such as this without some pics?
Mom begs son "Philippe, don't go!" 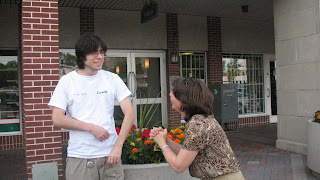 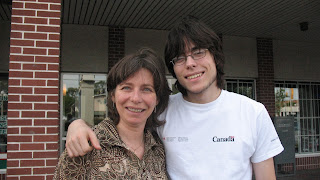 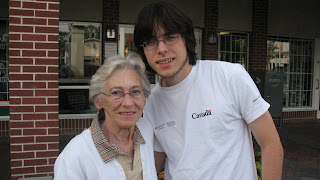 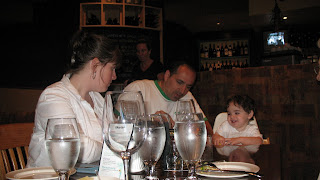 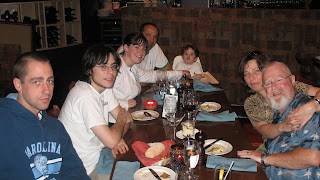 Meanwhile, yours truly is once more searching for that elusive dream or just a few zzzz's. Only place I found some was on the internet. There's this guy:

Well enough already. Day three of chemo awaits. After a not so good day 1, day 2 was great. I'm holding out hope day 3 goes just as well. I'm meeting Pierre for lunch today. He's just back from Europe and says he has some great tales to tell. Looking forward to it.
Book: Knights of the Black and White by Jack Whyte
Music: The Eraser by Thom Yorke