Something Was Missing - @Studio30Plus Writing Prompt 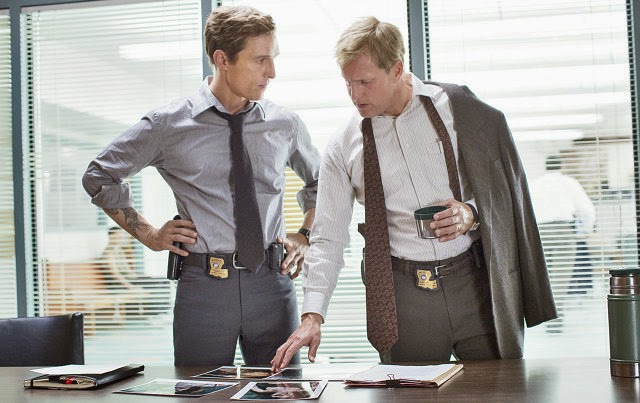 Detective Brown and Inspector Baker had been investigating the case of The Canvas Bag Murderer. The same man had committed twelve murders and according to witnesses he had always been carrying a canvas bag.

Frustrated, the pair took a coffee break and stepped outside for a smoke.

It was a Friday night but something was missing. Usually at this time of night, Lombard Street outside the precinct was full of the dregs of society - druggies, alcoholics, pimps and prostitutes. But something was missing, thought Brown, the street was empty and all was quiet save for a single homeless fellow shuffling along the sidewalk with a pillow case full of the man's possessions.

"Spare a quarter" said the old man. "Have you any small change?"

Inspector Baker took pity on the man and fished into his pocket.

"Please, just place it into the sack" said the vagrant.

"Wait" he thought he heard Detective Brown shout. "Something is missing."

Too late. An asp, hidden in the canvas pillow case, fatally bit the Inspector.

"I thought you said something was missing again" croaked Baker with his last breath.

"Hissing" cried Brown. "I said something was hissing."

Tara R. said…
I enjoy how you twist expectations and keep the reader guessing, and laughing. Even when there is a dark aspect to your stories, you can make me smile.
4 December 2014 at 08:41

nonamedufus said…
Thanks, Tara. I think I've gotten to the point where Studio30Plus readers know something's coming in my stores they're just not sure what. And for me that's half the fun in creating these little blurbs.
4 December 2014 at 10:05

ReformingGeek said…
I was hoping there was a cat in the bag and that someone had let it out.

Kir said…
"The secret's in the sauce"...this is your mantra and I love each delicious spoonful.