I Close My Eyes And I Listen - @Studio30Plus Writing Prompt 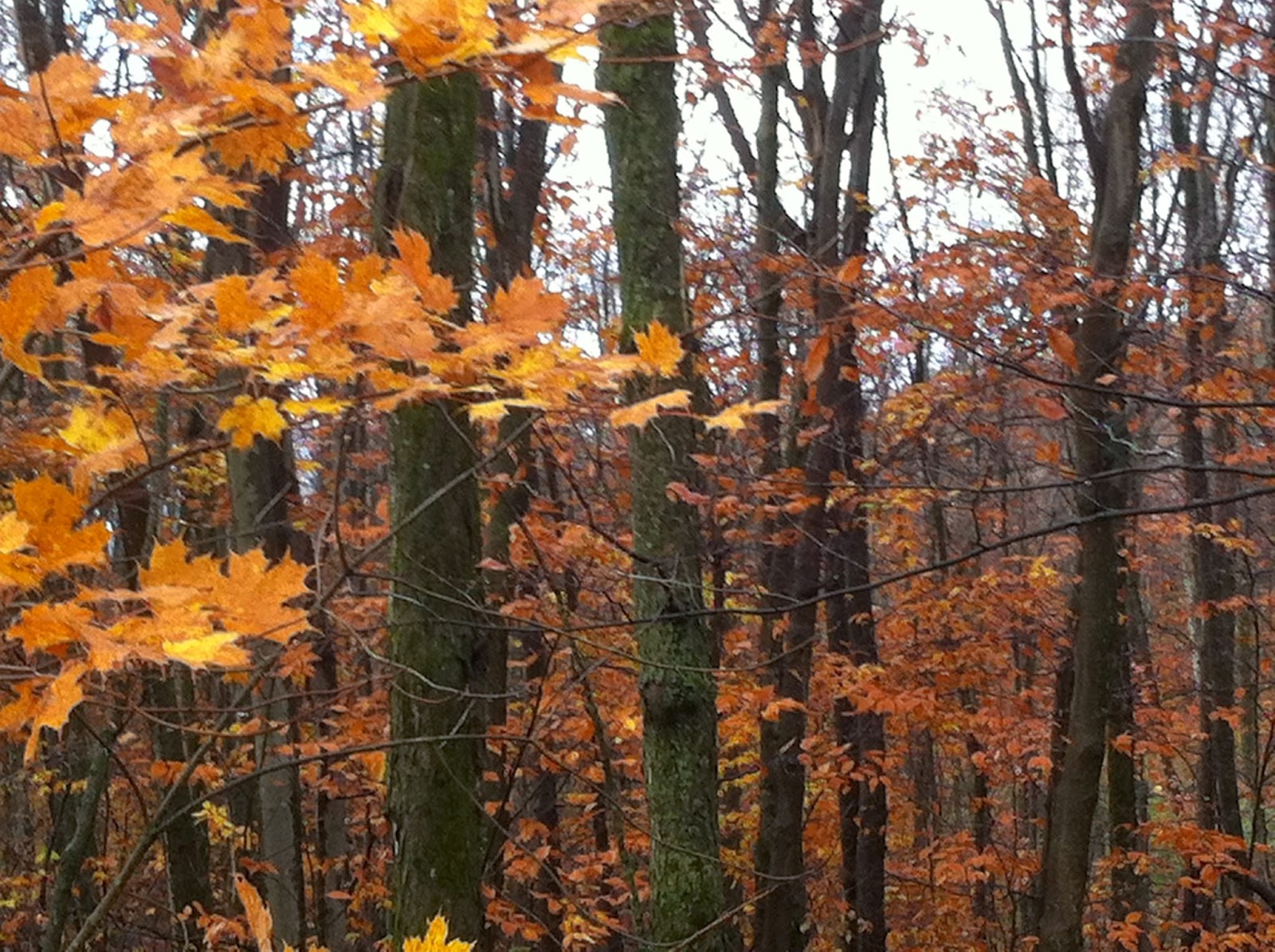 June and Bob had spent months planning their annual hike along the Trans Canada Trail. Not the whole trail, of course. 14,000 miles in a long weekend was absolutely impossible. Over the last several years the adventurous couple had hiked several sections of the trail. Last year it was Prince Edward Island, the first province to complete its trail. The year before they'd hiked a section of the Trail in Alberta. This year, June and Bob had decided to hike Gatineau Park, virtually in their own backyard.

And so, on October 11, at the beginning of Canadian Thanksgiving long weekend, they set off from Tache Boulevard into the Park. The sun was shining and it was warm for this time of year not to mention this time of the morning. But their backpacks were light and their gait swift at the outset of their journey.

Bob was quite pleased with himself this day. There was a time when he was overweight and sedentary, a smoker and lover of fast-food. But after June's persistent admonishments Bob had finally got his act together. Sure, he was still no Charles Atlas but he was in a lot better shape than he used to be. And no one could be happier than June who now had an eager partner in her outdoor excursions.

"Look at those colours" said Bob as he took in the fall's panorama. "Aren't they lovely?" replied June.

And so they walked on until mid-afternoon at which point June turned to her husband and asked "Are we lost?" "Could be" replied Bob.

"Have you got the compass?" said June. "Don't need a compass" said Bob. "I've hiked enough now that I just close my eyes and listen. The sounds of the woods tell me which way to go."

"Well, open you eyes Einstien" said June. "I don't think they told you you're standing in a brook."

Kir said…
The friendly, marital banter was perfect. You could see June rolling her eyes and feel the cold creep of water into those new hiking shoes.

nonamedufus said…
Thanks, Laura. It's kind of the hiking version of men not stopping to ask for directions.
6 September 2014 at 13:47

nonamedufus said…
I don't know about everyone but Bob certainly needs one.
7 September 2014 at 07:45

Ashley Kagaoan said…
Hahahahaha. That is hilarious. And October 11 is my bday! Yay! Love this short comical piece.
7 September 2014 at 23:58