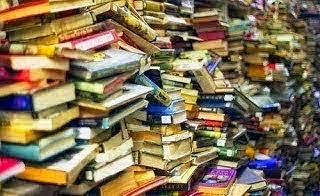 Well the 8th month of the year has come and gone and I managed to pack in 11 books raising my number of books read this year to 69.

It was another eclectic month of reading. A memoir, a little music history and some amazing fiction. I wanted to read The Mockingbird Next Door about the author of to Kill A Mockingbird so I read the novel first. It still stands up. A terrific tale. The memoir of Marja Mills from the time she first met and then lived next door to Harper Lee and her sister I found to be somewhat lacking.
I finally got around to reading Jayne Martin's collection of short tales, Suitable for Giving. A nice read. I often found myself sniggering throughout this book. And that's a good thing.

As a fan of 60s and 70s music, particularly The Beatles I enjoyed The Beatles - Solo, about each of the Fab Four's solo careers. Not much new here but great pics and reading about these guys is always interesting. By the time I was done I'd bought 2 CDs and 3 BluRays. Hooked me like a fish.

I  rated several reads 5 stars this week. The first was Before I Go To Sleep. Think a sophisticated Groundhog Day. It's about a woman who loses all memories every 24 hours. So day after day she works at remembering her past and with some surprising results.

I loved John Williams 1965 masterpiece Stoner. It's about university professor William Stoner who leads a rather mundane life in academia, while trapped in a loveless marriage. Sounds boring I know but the writing around this sad tale is magnificent, as evidenced in this excerpt that really resonated with me:

I ended the month with The Pyramid by Henning Mankell. It's a collection of short stories that explore his Detective Kurt Wallander's early years. In this book Mankell nicely ties up some loose ends about his chief protagonist. If you're fan of the Wallander series, you have to read this.

The best read of the month had to be the three volume Divergent series by Veronica Roth. If you like Suzanne Collins' Hunger Games or Margaret Attwood's MaddAddam Trilogy, you'll love Divergent. After reading this I saw the movie and I have to say it was excellent, very close to the book.

Here's a full list of the books I read in August...

Let me know what you're reading these days.

nonamedufus said…
I spend a lot of time waiting at medical appointments...with my iPad.
2 September 2014 at 18:03

nonamedufus said…
Good question. I kinda take it as it comes. I've got The Rosie Project ready after I finish A Morning For Flamingos, The 4th in the series of Dave Robicheaux detective novels by James Lee Burke. After that, we'll see.
3 September 2014 at 13:22

nonamedufus said…
Well, that's the thing. I really have no plan. It's really quite "par hazard" as the French would say. But I'd love to know what you've been reading.
3 September 2014 at 14:12

Khalil Grace said…
I've been listening to the audiobook version of Stephen King's The Long Walk, which is masterfully narrated by Kirby Heyborne. It's worth reading if not just for the preface, which talks about the work King wrote under the pseudonym Richard Bachman.
3 September 2014 at 14:17

nonamedufus said…
His Bachman novels were very good. They created a lot of interest when he let on he was writing under a pseudonym.
3 September 2014 at 18:31