What the Hell Is #Lostmyliverpalooza? 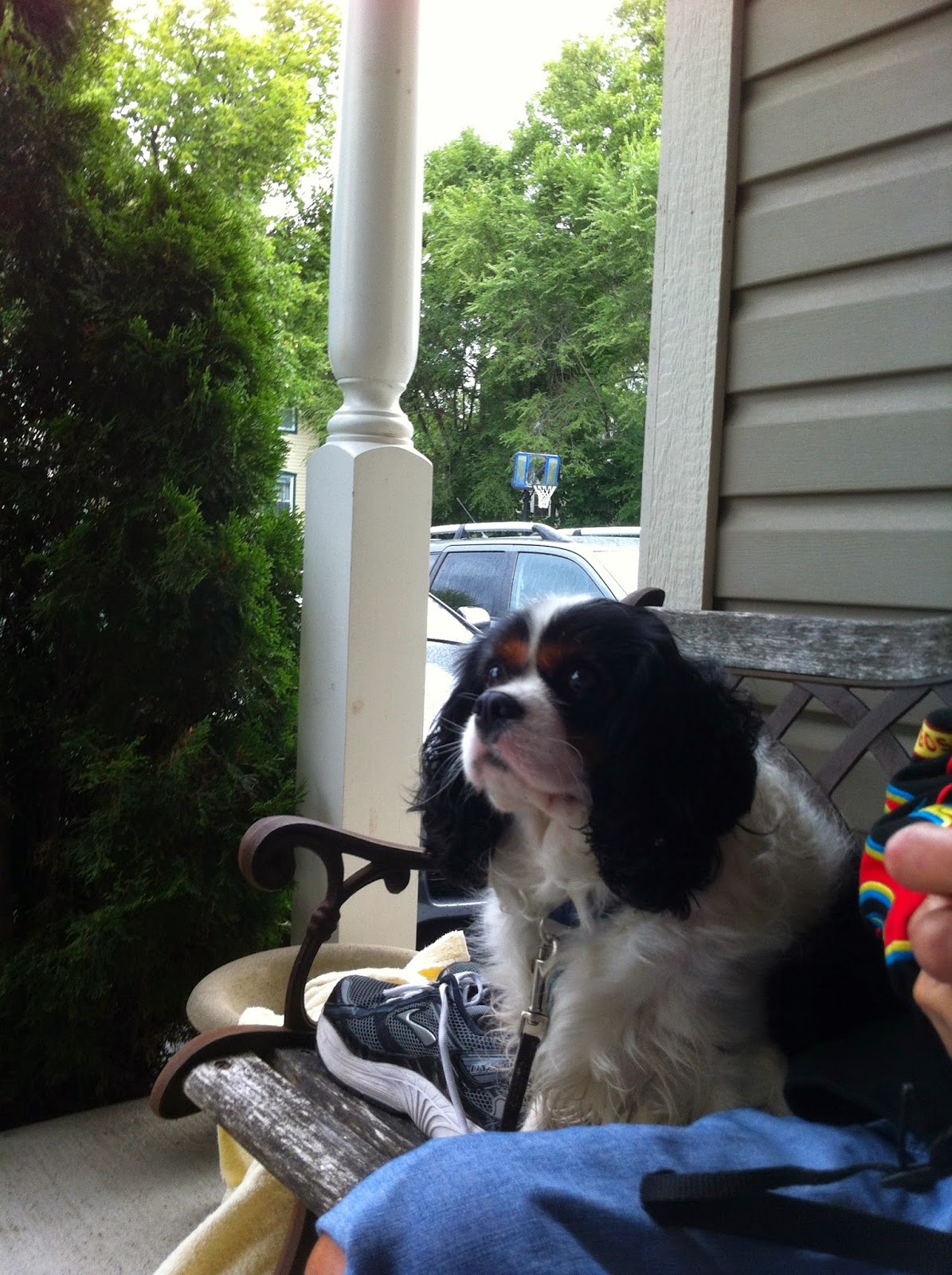 "This party's gone to the dogs."

I started posting about it 15 days before it arrived and Facebook friends kept asking me that question. It was just a smart-alecky name we chose to refer to a gathering of several bloggers.

Now, sadly, #lostmyliverpalooza has come and gone and with it the exits of Cheryl Duford and husband Rick, Paula Larew Wooters and my brother Whitey. We had planned to accommodate Nicky Eff but, alas, the poor woman was felled by pancreatic problems. Some people will go to any lengths just to avoid meeting us.

"Lost my liver" quickly turned to "lost my liquor" as hardly any alcohol was imbibed but Paula from Rochester, Cheryl from Portsmith and Dufus from Aylmer, Quebec - not to mention outliers Whitey, Rick and Maryse - had a wonderful several days, despite the temperature dropping and it raining every day. But we all bundled up and sat out on the front porch so Cheryl could indulge in her little weakness - smoking.

We figured out how to bring peace to the Middle East, we came up with a serum to the ebola virus (by the way, I told them, there was an upside to the ebola virus in Nigeria. There's a lot less e-mail spam lately. Too soon?) We mended American-Canadian relations (sorry about that 1812 thing guys) and we made great strides in addressing the great English-French divide, especially thanks to something called "Marysisms" contributed by my lovely wife which had us laughing until we cried.

And we ate. Lord how we ate. Maryse and I are now giving serious consideration to opening a B&B seeing how our meals and mattresses went over. Cheryl and Paula have promised glowing reviews on TripAdvisor.

And it was fun. It was great to get together with Paula and Cheryl, both of whom I'd met individually while they hadn't met one another. And we commiserated over our poor friend Nicky who we missed terribly.

Would we do it again? Hell, Paula says she's already started planning #lostmyliverpaloozatwo.

Here's some shots of the fun and games... 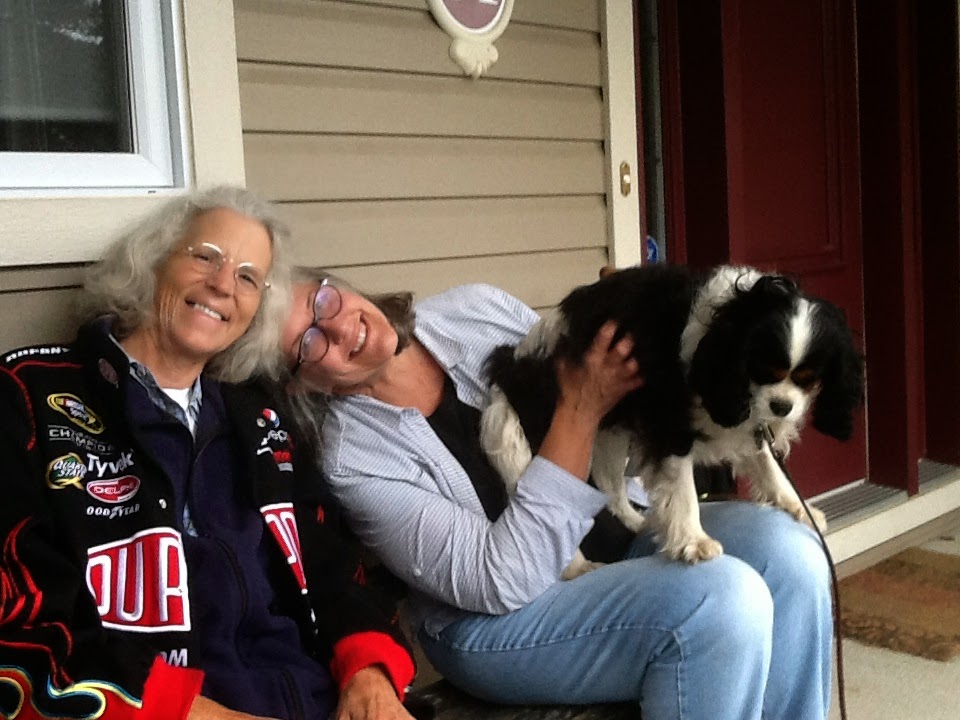 Cheryl and Paula had never met before but bonded quickly. Henry helped. 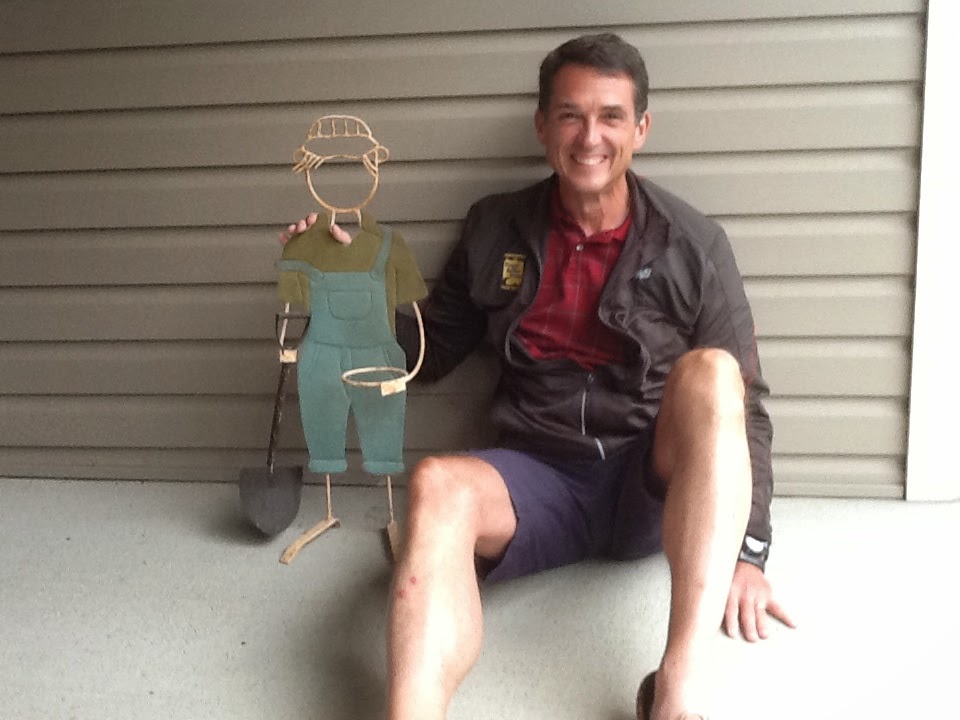 Rick poses with our Nicky stand-in. 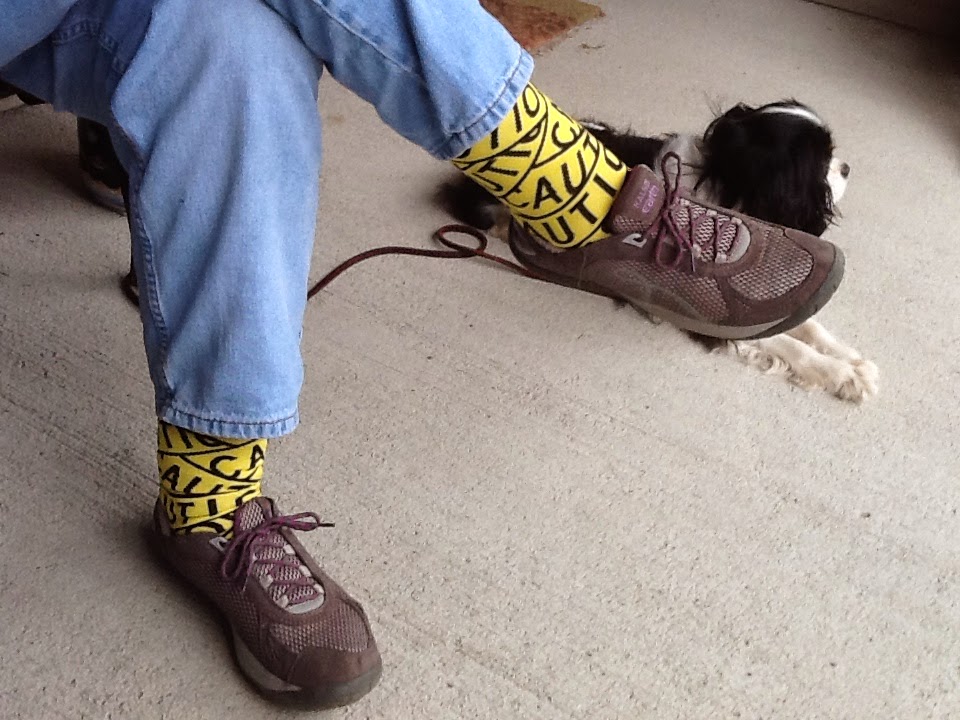 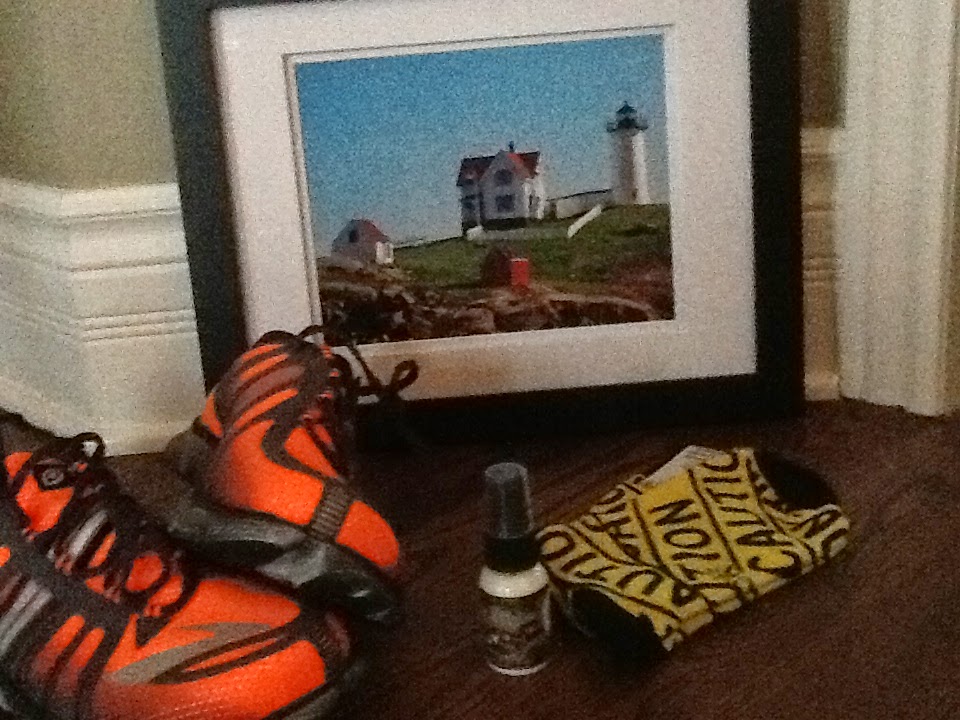 Some of the swag my pals provided me with. Look at that framed photo from Cheryl, shoes from Rick and socks from Paula. Paula also gave me a 5 CD collection of Hot Rod music and something called "Poo-Pourri, Trap-A-Crap". Um, yeah, whatever made you think I needed this, Paula?
It's okay Nicky, don't feel guilty. You can mail me your gifts. 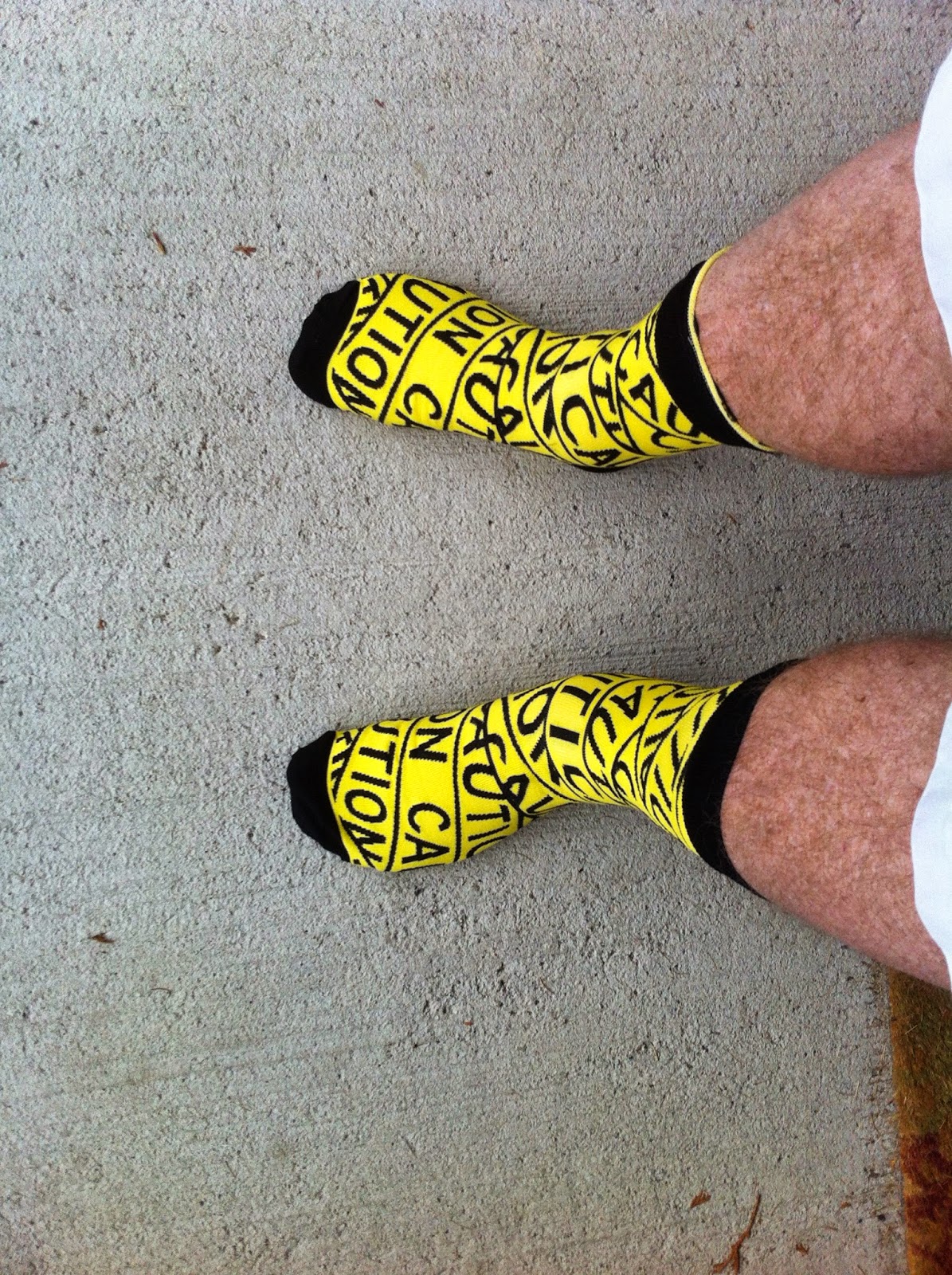 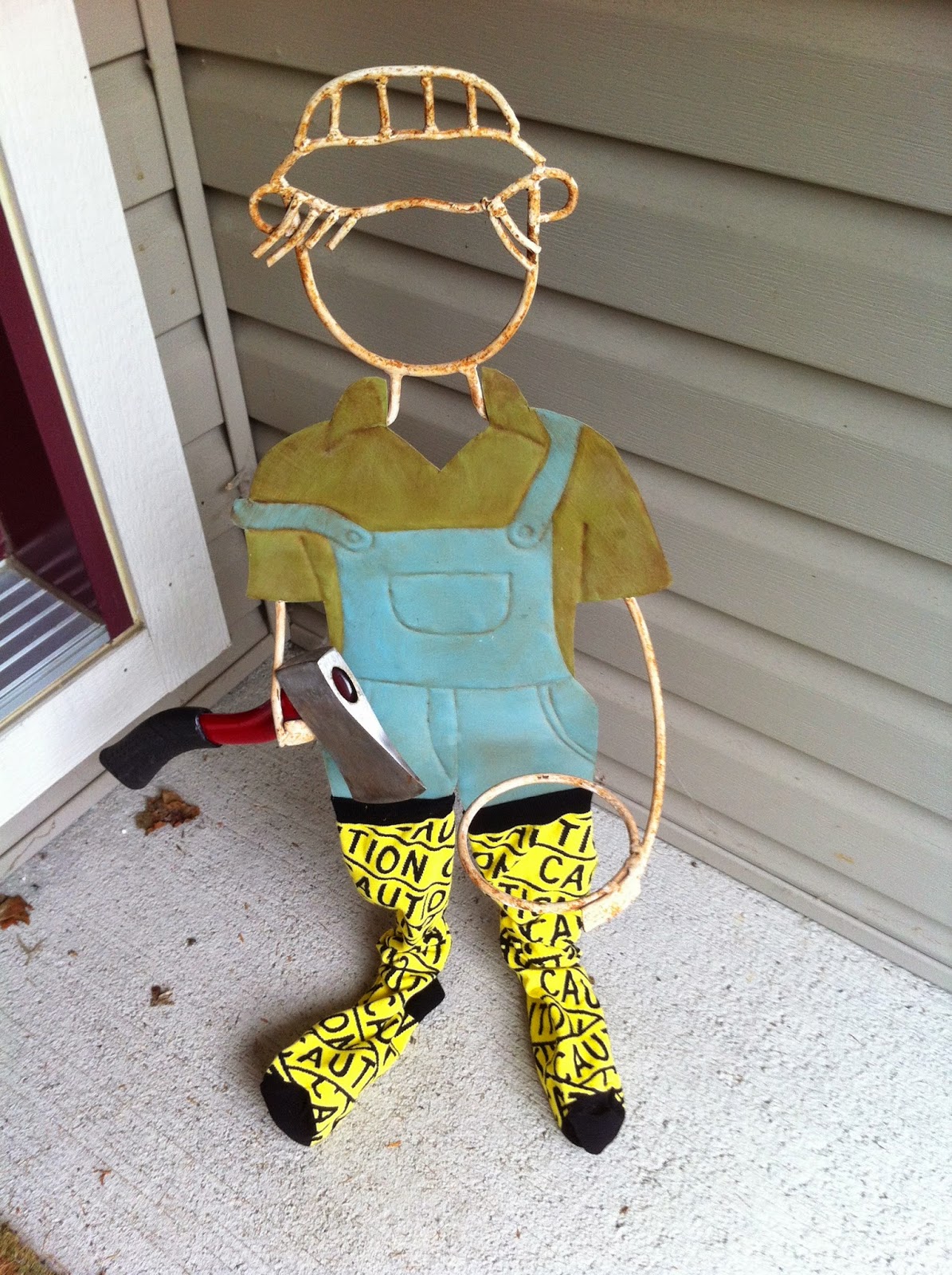 Our Nicky stand-in models Nicky's socks. Careful with that ax. 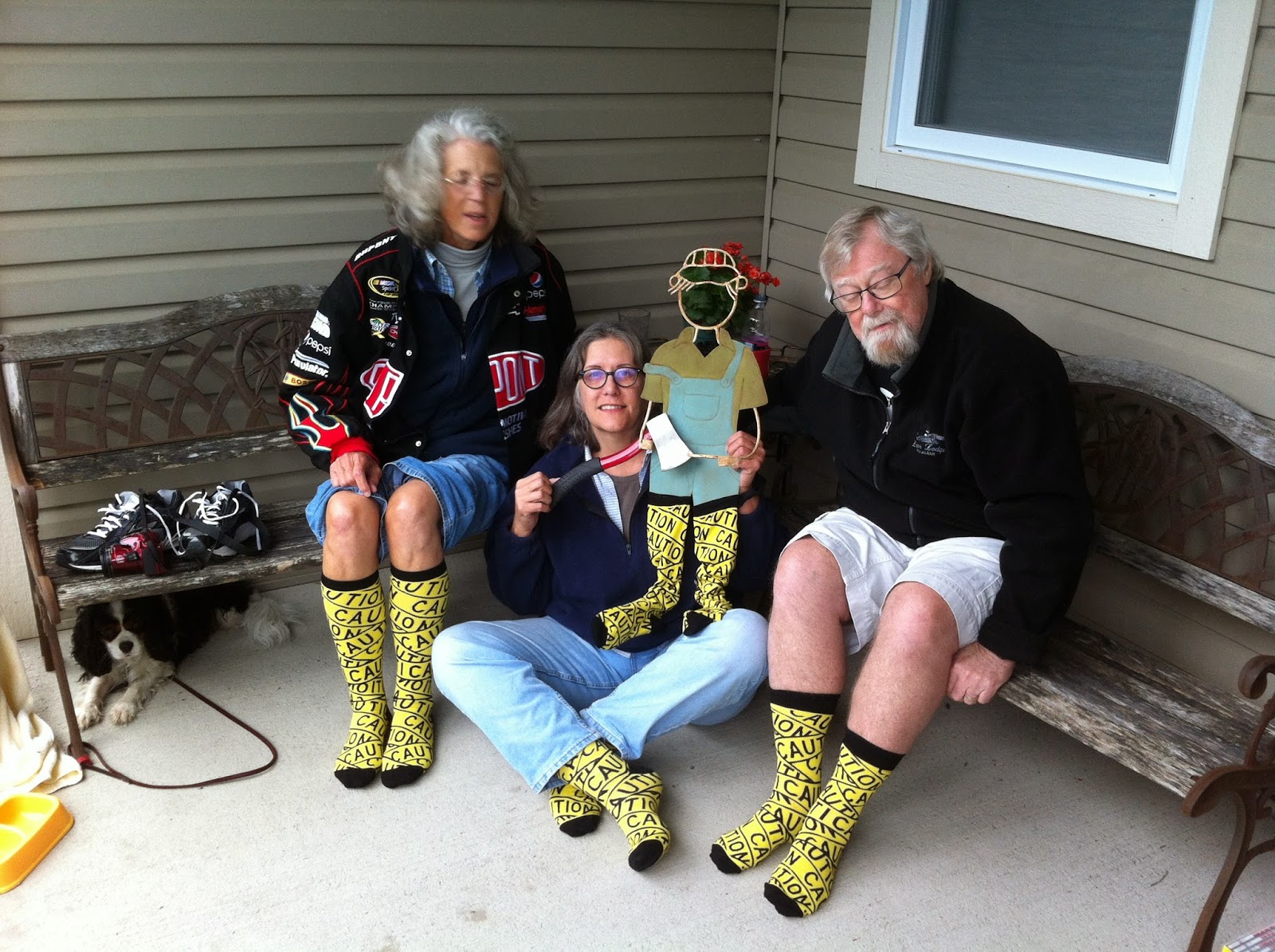 The three (four) amigos and their sexy socks. 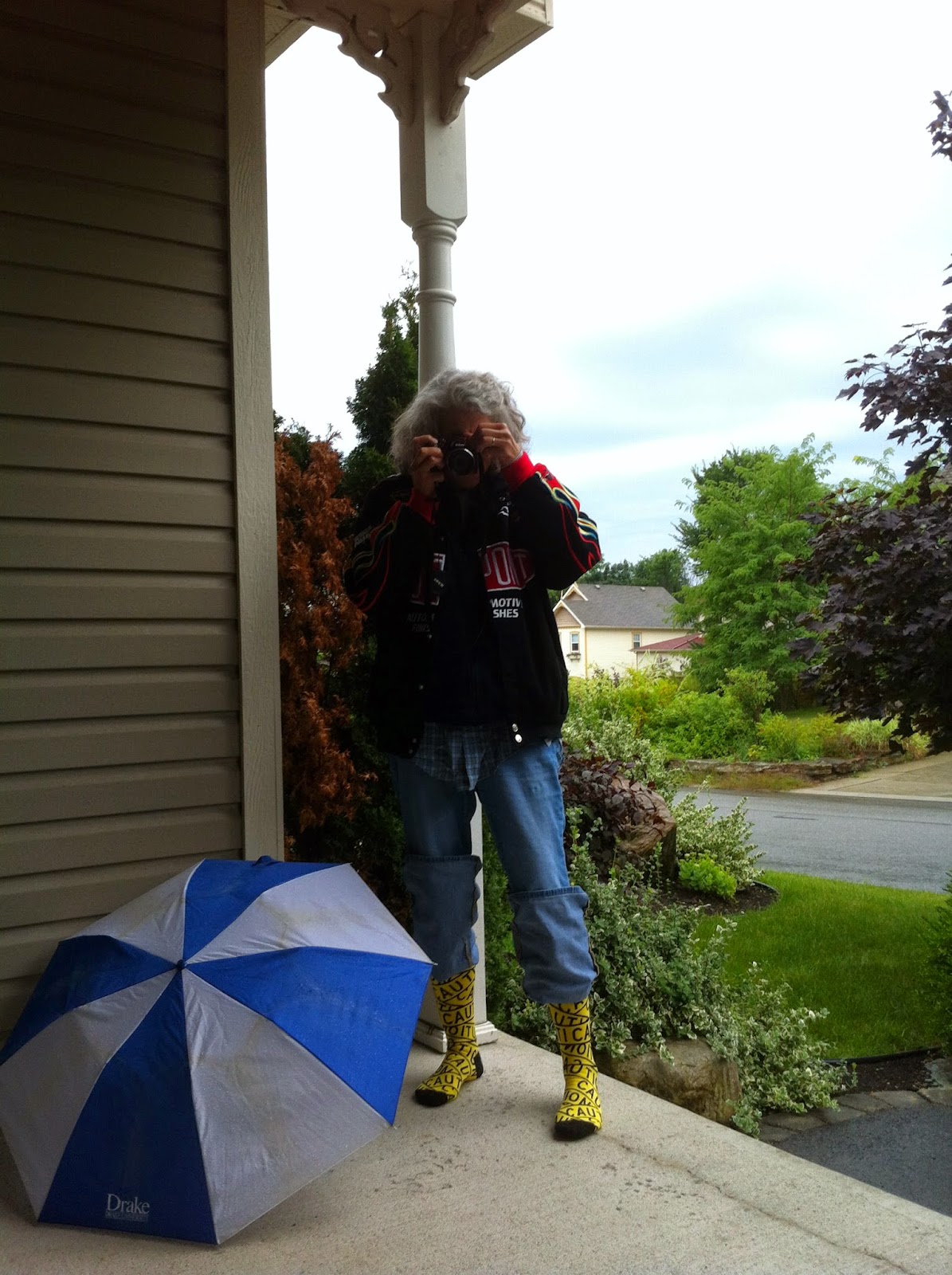 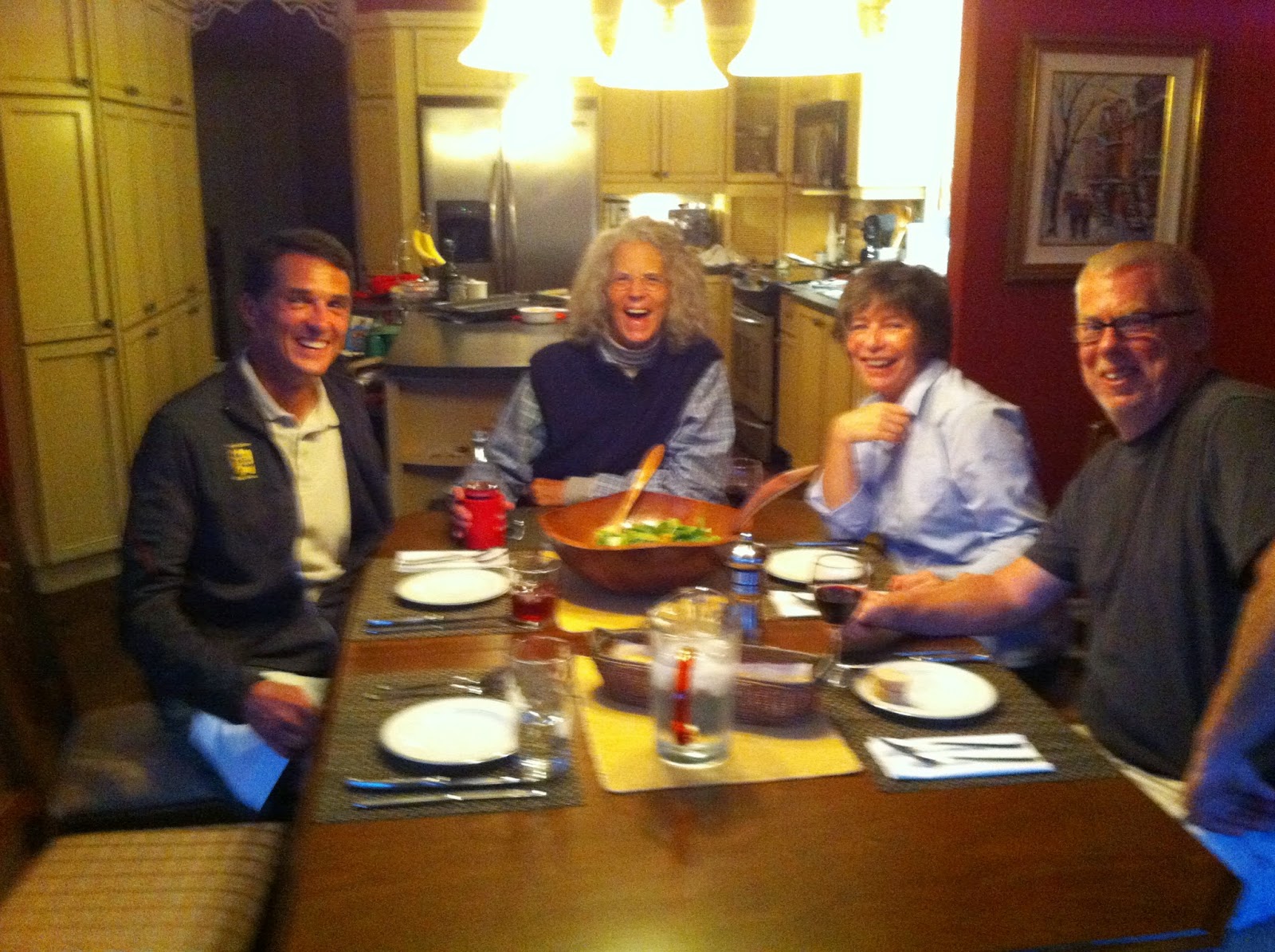 We switched out Paula for my brother Whitey and carried on the fun with Rick, Cheryl and Maryse.

My sincere thanks to Rick, Cheryl and Paula. It was a wonderful weekend. One I'll remember for a long tome with much fondness.

Paula Larew Wooters said…
So.... is my room still available this weekend? The cuisine here sucks. As does the conversation. Can't wait 'til I get a chance to play with kids my own age again. Countdown to #lostmyliverpaloozatwo: "365 beers on the wall...."

ReformingGeek said…
Yea! Glad you'll had fun even if the liquor cabinet wasn't emptied. The socks and the stand-in Nicky are winners. Hopefully, the real Nicky can participate next time. Wait. What size are those shoes? I could use a new pair.
19 August 2014 at 13:32

Nicky said…
Aw, now I'm even sadder about having to miss this grand event! Thank you for including Fake Nicky in the festivities and for thinking of me and talking about me behind my back and laughing at... I mean WITH me. :-)

nonamedufus said…
We all missed you dearly my friend and commiserated over your illness. Fake Nicky didn't talk near as much as you and drank next to nothing - a poor substitute I'm afraid. While Indigo wasn't here he still wanted us to be sure and pass on his best to you. As do we all. Good luck in the coming weeks. I hope everything goes as planned.
21 August 2014 at 08:47

Cheryl said…
I'm still trying to figure out my favorite part of our visit: the laughter, the easy companionship & conversation, Maryse's grand meals, finally meeting Paula & Jim, or finding out that some of my favorite curses aren't considered curses to the French Canadians. Once again, thank you to both of you for opening your home and your hearts to us. We both had a blast.
22 August 2014 at 14:04

nonamedufus said…
It was great having you guys. Too bad you chose the weekend when the dishwasher broke. That was quite the production line we had going there. Thanks to you and Rick for that.
22 August 2014 at 22:37