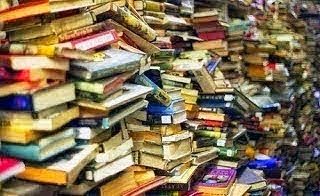 I started out the month having read 51 books. During a hectic July I still managed to get through seven books raising my year to date total to 58.

First off I satiated my monthly music industry fix with Bumping Into Geniuses, a memoir from Danny Goldberg who among other things spent time as a rock n roll critic, a P.R. flack, a personal manager, president of Atlantic records, chairman of Warner Brothers Records and president of Mercury Records. This guy's been around and having referred to Neil Young as one of the greatest geniuses you've gotta like him right away. This was a fascinating read about the music biz.

Salinger was an interesting read - a biography by David Shields and Shane Salerno. Based on Salerno's documentary film of the same name the book's format of an oral history takes some getting used to but once you're past that you find this is a fascinating behind the scenes look at the reclusive writer. Salinger shunned the spotlight and for most of his life lived in seclusion. But what endeared me to him was his love of music: "Salinger was a record collector, which is a fascinating species of fetishist. You think of these people who obsessively alphabetize their record collection and have their own Dewey decimal system. It's a way of ordering experience and having control over it and not dealing with living, breathing human beings." First off, I don't see anything wrong with this. Second, it sure beats ordering them by colour, which some of my friends have threatened to do to my record and CD collection.

Saints of New York by R.J. Ellory and The Devil's Star - #5 in the Harry Hole series - were excellent reads that satisfied the inner detective in me. Although I don't know about the detective stories I pick. The central characters all appear to be alcoholics. Part of their charm, I guess.

And The Little Old Lady Who Broke All the Rules by Swedish author Catharina Ingelman-Sundberg capped off my month. This light-hearted comical novel I found to be similar to books like The Girl Who Saved the King of Sweden and The 100 Year Old Man Who Climbed Out The Window and Disappeared, also by Swedish authors. If you liked them you'll like this one.

Here's a list of all the books I read in July. Fours out of five across the board.

And that's my month between the covers. What have you been reading?

Bryan G. Robinson said…
A little bit of this and little bit of that...but mostly very little. The Power of Habit was one, and The Power of A Positive No was another. A young adult book: Eleanor and Park by Rainbow Rowell, probably was my favorite of last month. This weekend, I plan to dig in to Gillian Flynn's first two books, Sharp Objects and Dark Places. BTW, I'm impressed with your reading this year. You're lapping me in terms of numbers (only at 35 here) and quality. Keep up the good work, my Canadian friend...and have fun next week. :)
7 August 2014 at 10:40

nonamedufus said…
Well, Bryan, apart from doctor appointments I have a lot of time on my hands. Even at that I take my iPad with me to medical appointments so I can read while I'm waiting. I do love discovering new things and you've been helpful to me with that in the past. This month I'm looking forward to reading the Divergent trilogy. I'm currently reading a little known 60s novel called Stoned and, no, it's not about drugs. That's the main character's name.
7 August 2014 at 11:03