I've Fallen And I Can't Get Up 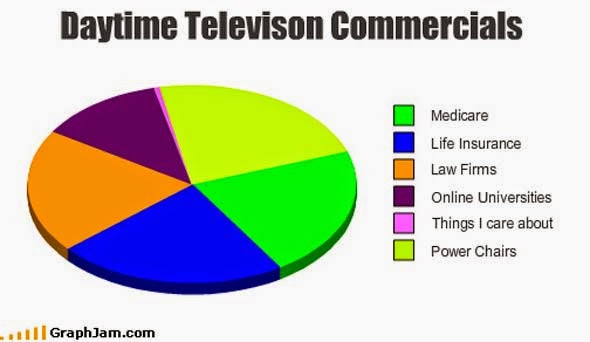 Who the hell watches daytime TV? Not me, normally. But I was convalescing from cataract surgery yesterday and was just kinda lying on the couch taking it easy. I started out watching the news channel and then after that got kind of repetitive switched over to the Game Show Network. There's something both networks had in common; Ads aimed at fat old people.

Between Nutri System commercials and ads for lawsuits due to strokes from testosterone gel or metal hip replacements I couldn't help but start to feel very, very old and very, very fat. Hell, Kerri lost 110 pounds! Way to go Kerri. I don't know if she emptied out her bank account purchasing the Nutri Syestem menu or not but whatever she did sure seems to have worked.

I can tell you, though, who didn't use Nutri System - those fat old people who fell in the shower, down the stairs or on the kitchen floor and couldn't get up. Lucky a friend or relative happened by to discover them just out of arms reach from that box of Krispy Kremes. And if those helpful friends hadn't happened by they might have starved to death. That's why they should have a monitor around their neck that alerts authorities that they've fallen and can't reach that dozen donuts. I don't know how much the monitor costs but it's gotta be worth it to result in being discovered before those double-chocolate dips go bad.

But you know what? It was worth putting up with Dick Clark and Bert Convey back from the grave hosting Pyramid and Super Password, not to mention those bloody commercials, if only to watch the host of the rejuvenated 1 vs 100 Carrie Anne Inaba. What a babe. I have no idea what the show was about but if there's any question about that form-fitting sexy black dress she was wearing I stand a good chance of winning. 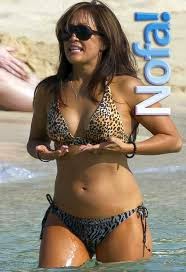 If she fell, I wonder if she'd be able to get up?

nonamedufus said…
I learned yesterday that if you want to feel old just watch daytime TV.
10 April 2014 at 09:10

Quirky Quirkster said…
Okay. I've reached an age where I am allowed to make the following statement.


I knew I was officially old when I started to look forward to the daytime "Judge" shows.


Although I really like Judge Lyn Tohler's sass and spunk. She be da judge!

ReformingGeek said…
Hee Hee. I love the graph, too. Hubby and I were just talking about the daytime commercials. The one with the stair chair was playing and I made a comment about the size of the chair, that it wouldn't fit most people needing that chair. Sigh.
10 April 2014 at 19:09

Paula Larew Wooters said…
Daytime TV... ugh! Just found out I'm not scheduled to work during "Spring Break" this week and I have absolutely nothing planned... guess I'll just have to watch some daytime TV to see what you're talking about. (Judge Judy is still on here, so perhaps the week won't be a total waste after all... or maybe it will.)
13 April 2014 at 09:07

nonamedufus said…
I have almost every channel in the universe and I swear there's nothing on worth watching in the daytime. It's why I read so much.
13 April 2014 at 11:34