How Does It Feel? 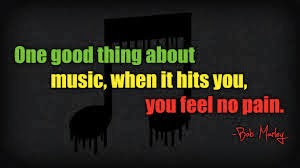 Did you ever encounter a song that just blew you away? It wasn't necessarily your favourite song and it didn't change your life. But the first time you heard it you were left virtually breathless.

Back in the mid-sixties, local radio pretty much sucked. There was something called The Campus Club on the most popular station in Ottawa, and they were starting to get into rock and roll. But they only played it in the evenings. The rest of the day the radio station featured Montovani and his ilk.

I was in my early teens and every night while I was doing my homework and after when I went to bed I'd listen to the American stations I could pull in on my tiny transistor radio. They were so far ahead of Canadian stations. WABC in New York and WBZ in Boston. Now they played rock and roll…long before FM radio.

And so I was introduced to rock and roll in my early teens. And I've been a fan ever since.

Now, as I said, there were several songs that upon hearing them for the first time blew me away. 1973's Darkside of the Moon by Pink Floyd had that impact, particularly the track The Great Gig in the Sky. I'd never heard anything quite like Claire Torry's haunting vocals.

In 1970 I was completely in awe of The Who's Live at Leeds version of Substitute and some years earlier Time Won't Let Me by The Outsiders in 1966 sent shivers up my spine,particularly the blaring horns.

But I think the song that had the biggest impact on me, just made me stop in my tracks with my mouth open was a little ditty by Bob Dylan. The drums, the organ,the electric guitar, the spat out lyrics and the over-riding question: is he talking about The Rolling Stones? Hey, I thought Bob Dylan was a folk-singer.

Here's a clip of Dylan performing the song with the Band in London in 1966. It's that famous concert where a fan yelled out "Judas" because Bob had gone electric.


I would love to have been there when that guy yelled "Judas". Because I would have asked  Bob "How does it feel?"

Cheryl said…
I have a few of my own spine-tingling songs. Some by Janis, Jimi, and The Doors spring to mind. You have no idea how much this tickles me because I recently heard an interview with some early folk/rock musician who was asked what he thought of Dylan's adoption of the 'electric revolution' and his response was that it ruined Dylan's music. I wish I could remember his name, but my memory is the pits. I'd never heard about the controversy about musicians crossing over into electric and it was really mind boggling. Got me thinking about why I like different versions of the same songs by the same musicians. I realized that I'm more apt to like the acoustic over the electric version of old and new songs.
18 March 2014 at 07:19


I remember sitting agog when I heard RUSH's album HOLD YOUR FIRE for the first time. Yep, the whole damned thing. Another? Hmmm. SLAVE TO LOVE by Bryan Ferry?

babs (beetle) said…
You always bring back memories for me, with your music posts. I remember buy Dylan's 'Highway 61 Revisited' and I loved it when he went electric.

When we were kids we listened to Radio Luxembourg, the pirate station. They played all the music you couldn't get on normal radio stations.
18 March 2014 at 11:05

nonamedufus said…
Oh, Dylan has his detractors. It might have been Pete Seeger or for that matter Joni Mitchell, both of whom have been known to be uncomplimentary.

nonamedufus said…
Great Canadian Band who use recently were inducted into the Rock and Roll Hall of fame. I love Bryan Ferry from his Roxy Music days, particularly Avalon.
18 March 2014 at 12:33

nonamedufus said…
I was in awe of the news of those pirate radio stations. Radio Caroline and the like. Did you see the movie Pirate Radio with Philip Seymour Hoffman?
18 March 2014 at 12:35

babs (beetle) said…
Yes, Radio Caroline too. I think that followed Radio Luxembourg. I was only about 13/14 when we first started listening to it. My sister's boyfriend rigged up an old wireless, in our bedroom, with old type (Black bakelite) ear-phones and the signal would come and go in waves. What memories ;) I didn't see that movie. At least I don't remember seeing it.
18 March 2014 at 12:45

I find myself going back to some of the stuff by the Oakridge Boys, getting a feel for the folky/country genre in my late teens.
18 March 2014 at 13:32

babs (beetle) said…
Haven't we? Could we have ever have imagined that we could carry about a small gadget that allowed us to listen to any music we wanted, wherever we were and make phone calls on it too? All this with no wires! Ha ha!
18 March 2014 at 14:07

nonamedufus said…
So you're a country fan, Reffie. Not that there's anything wrong with that! I like me some country too. Johnny Cash, Randy Travis. Wille Nelson which got me into things like Poco, Flying Burrito Brothers, the Byrds' Sweetheart of the Rodeo.
18 March 2014 at 15:10

Cheryl said…
Bingo! Shortly after Seeger died, CBS Sunday Morning did a piece that included interviews with his contemporaries. According to one of them, Seeger believed getting plugged in took the music and musician a step away from the people, something he thought was a mistake for everyone concerned. To some extent, I think there's some wisdom in that but the way The Beatles were treated damn near demanded there be some distance so they didn't get killed. :-)
18 March 2014 at 16:38

nonamedufus said…
There was a story that Pete Seeger took an axe to the audio cables at the 1965 Newport Folk Festival during Dylan's "electric" set. But the story's not true. He was concerned about the poor audio quality and said if he had an axe he'd chop the cable. He actually wanted the crowd to properly hear Dylan's lyrics.
18 March 2014 at 17:22

Paula Larew Wooters said…
I remember riding around on my 2-speed bike with my tiny tinny transistor radio in the wicker basket on the front. There's nothing like seeing performers live, though. I once got to sit on the stage next to Laura Nyro during a concert, which was pretty spectacular. (That was back before they started arresting you for getting up on the stage.) We always used to work our way up to the stage at concerts so we could hear the artists themselves, rather than hearing them through the sound system.
18 March 2014 at 17:58

akaprofessorchaos said…
I remember feeling that excitement when I first heard the Ramones. Like there really was hope for rock & roll after all!
18 March 2014 at 18:51

nonamedufus said…
The first concert I ever attended was the Beach Boys in the early 60s with Glen Campbell replacing Brian Wilson. I was nowhere near the stage.
19 March 2014 at 07:45

S.G. Wright said…
What a song! And video. thanks for making the day better. My first concert was the Doobie Brothers in Roanoke, Va., got there by Greyhound bus, I believe. hmm. cheers.