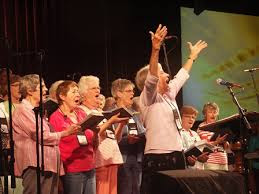 Little Tommy led a charmed life. An only child he had it made. Pretty much anything he wanted, he got. He loved his parents and was thankful for all they did for him.

So thankful, in fact, that Tommy and his parents went to church every Sunday to thank God for all the good things in their lives. Little Tommy's favourite part of the service was when they sang hymns. Tommy was a good singer for someone so young and he wailed and wailed, his face raised to the ceiling and heaven above.

Tommy knew his parents were very religious because when they got home from church every Sunday they would retreat to the bedroom to pray. Tommy knew this because every once and awhile he'd hear his mother exclaim "Oh God, oh God, Oh God."

Left to his own devices, little Tommy would fix himself some breakfast and reflect on his pitch perfect wailing. In fact, he often continued to sing the hymns he had just sung in church. His favourite breakfast was a new cereal called Pocs. It didn't go snap, crackle or pop. It just lay there in the bowl and went BANG. But not only that. The cereal tended to expand in milk so you couldn't eat much more than a spoonful. In fact, you might say "a poc your full."

Boy I went I long way to fabricate that pun.

The prompts from Two Word Tuesday this week were apocryphal/fabricted. How'd I do?