My Back Pages - April 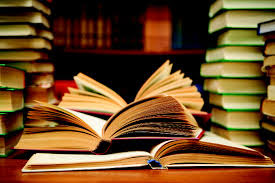 I managed to read five books last month raising my year-to-date total to 19 books, pretty much on track towards my estimated 50 books this year.

I started out with a Tom Wolfe novel originally released in the late 90s, A Man In Full. I think this was referenced in something I read in March and I decided to try it out. Taking place in 1990s Atlanta it was an interesting read about business, real estate development and inter-racial relations. I enjoyed it and rated it 4 stars.

Next up was number 21 in the Harry Bosch series by Michael Connelly, The Wrong Side of Goodbye. In it Harry is charged with hunting down an heir to a an elderly multi-millionaire on his private eye ticket while investigating a series of home invasion rapes for the San Fernando Police Department. A busy man? Yes, but of course he solves both cases with a little help from his half-brother the Lincoln Lawyer. A good read and another 4 stars.

The third book I read this month was Emily Schultz's new novel, Men Walking on Water. It takes place during prohibition and is about rum-runners in Detroit who use the Detroit River as their highway. This nourish novel complete with a diverse cast of characters didn't garner a very good review in the Globe and Mail but I quite liked it. It made me turn the pages and I gave it 4 stars.

Rounding out the month were two Rex Stout Nero Wolfe novels, number 5 - Too Many Cooks - and number 6 - Some Buried Caesar. I enjoy this Nero Wolfe series about the corpulent private detective as told by his trusty assistant Archie Goodwin. They're light and quite humorous. I have a ways to go though. Stout wrote over 30 of these stories. Each of these rated 4 stars.

Bryan G. Robinson said…
I just started rereading the Nero Wolfe series myself. I have the second one out from the library now. I don't know if I read all of them, but did read a lot in high school and college. The Harry Bosch series also is among my favorites. I haven't finished Season 3 yet on Amazon (unlike you), but I did enjoy the first two seasons. This one isn't grabbing me like the first ones did, but I'm finding that with a few shows right now we're watching.
4 May 2017 at 18:40

nonamedufus said…
Did you watch Big Little Lies? We enjoyed that.And still hanging in with Designated Survivor. Waiting for next seasons of Game of Thrones, House of Cards, Ray Donovan and The Affair.
4 May 2017 at 22:35