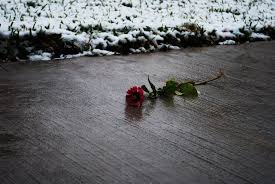 Brian fell into a deep dream-filled unconscious state. At least for several hours he could escape the pain. The pain of losing her.

But he dreamt of her. Of the life they had shared. Of the love they had lived. And a smile spread across his face.

But when he awoke his pillow was wet and the tears still ran down his cheeks. It was dark. It was still the middle of the night.

He slipped from beneath the covers and got up to pee. Returning to bed he noticed the lump on the other side of the mattress, that he'd grown so accustomed to over the years, was no longer there. The covers were flat. He'd have to get used to that.

And he'd have to get used to many a restless night, not to mention lonely days, without her. And he'd forever wonder why she did it.  The overdose of sleeping pills she'd taken had proven effective.


This week's prompt from Studio30+ was efficacious/effective.