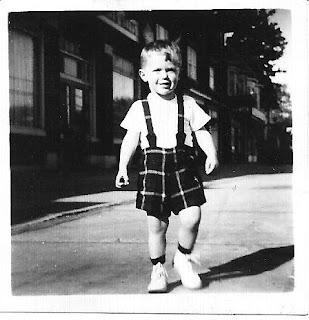 Why do you have to be so mordant" moaned Bill, immediately regretting his comment.

"Oh, my, such a big word" said Jane. "Been reading the Thesaurus in our spare time have we?"

Why did it always degenerate to this he wondered. She was always so sarcastic and it was driving him nuts. She picked at every little thing he said. Like today they were discussing children, having children. Although it wasn't really a discussion because she had shut it down immediately with her comment.

But Bill wasn't so sure. He wanted children. Several maybe, if Jane was agreeable.

Several months later Bill and Jane were walking in the park. It was a sunny, spring day and they walked shoulder-to-shoulder, heads bent, along the path. Skaters, bicyclists and pedestrians were all out vying for space. Flowers were in bloom and birds were chirping. Bill was thinking just how idyllic the scene was, apart from Jane's silent mood when she turned to him, looked him in the eyes and hissed "I'm pregnant. I hope you're happy".

Sarcastic/mordant were the pompts at Studio30+ this week, as if you didn't know.