We Are As The Times Are - A Review 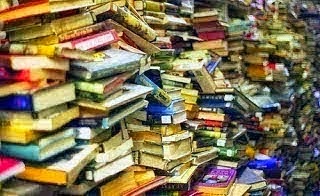 I just finished reading a book by a friend and former colleague Ken Rockburn called We Are As The Times Are. The book's a delightful, entertaining and bang-on researched history of the Ottawa coffee house Le Hibou through it's various incarnations first as a walk-up on Rideau Street, followed by another walk-up on Bank Street and finally a walk-in, if you will, on Susses Drive. That's the same street the Prime Minister lives on but that's where the comparisons stop.

Ken takes us through the various owners of Le Hibou and many of the artists that passed through its doors both as performers and paying patrons. The place started out as a showcase for local talent, largely of the folkie variety as well as poetry readings by among others Irving Layton.  It soon morphed into a blues haven showcasing such acts as Sonny Terry and Brownie McGhee, Muddy Waters, you name it. It's other mainstay was folk-rock and rock acts. Gordon Lightfoot, Neil Young, Tom Rush and Van Morrison all graced its stage.

And the after-hours stories were amazing as well. Joni Mitchell meeting up with Jimi Hendrix, for example.

I have to thank Ken for such an insightful look at this Ottawa, nay Canadian, institution. I was a young kid living in Ottawa south and the place just didn't register with me. Sure I saw many of the acts that played at Le Hibou at weekend dances at places such as Pineland and Parkdale and a church basement on Alta Vista where I saw Bruce Cockburn and the late Coleen Peterson in 3s A Crowd. But from what I've read I missed out on an the electric and electric atmosphere that Hibou was known for.

How deep did Ken's research go? Here's one example. One day local musician Terry Gillespie and Muddy Waters were bonding, shooting the breeze, in the Green Room on the so-called Great Red Couch, a piece of furniture that every artist who performed at Le Hibou must have sat their weary ass down on at one time or another. Gillespie remembers this moment once the club had closed down and wants to abscond with the couch. His girlfriend, though, has other ideas. Terry was beside himself. Why, you ask? Turns out Muddy had farted on the couch that day they shared that piece of furniture. So now that couch, and Muddy's fart, are lost to the dump hills of time.