An Out Of This World Halloween - Part Two 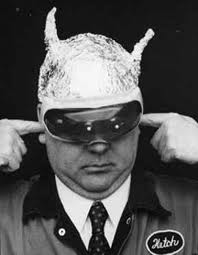 Grok and Klingor were in a bit of a dilemma. They knew they couldn't go around trick or treating only to suck people into Klingor's sink. Besides it was a bit of a drain on Klingor's alien abilities. Then Grok, who had transformed himself into a bathtub piped up "Hey, I think we need to rethink our approach here."

Truth be known if they had really rethought their approach they would have known just their real appearance - aliens from Gemini 7 - was scary enough.

Nevertheless, Grok proposed they run downtown to the costume shop before it closed up for the night. So off they went, passing by little trick or treaters thinking to themselves "Hey, we'd better hurry before these little runts get all the chocolate and candies. If they do we'll have come all the way from Gemini 7 for nothing."

Grog pulled out his Smart Phone and using his Google app found the address of the costume shop. Then using his Maps app he found the directions for it. They arrived within minutes of the store closing. Transforming themselves into human shape they entered the shop.

As they perused the costumes the store manager approached and asked them if he might help. "Yes" said Klingor "My friend and I are looking for something ghostly."

"Well" said the manager "You're in luck. I've got an app-arition for that!"

This week's clue from Studio30+ was apparition/eldolon. I hope a lot of little apparitions visit your place this week.