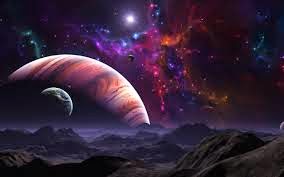 Blyxbert steered the ship with the utmost of care; a delicate hand upon the wheel. He carefully threw the accelerators into reverse, eased off the pedal and backed into stargate forty-seven. With a shaking hand he turned off the key, rose unsteadily from the Captain's chair and exited the spacecraft. They'd left as a duo. He'd returned alone.

A thirty day foray to the outer reaches of the galaxy had taken it's toll on Blyxbert. He and his space police colleague Gackerman had been assigned a routine tour to observe and report to space police central on the state of law and order in the territories.

The space frontier was not unlike the wild west of centuries ago. Stagecoaches had been replaced by thruster jet craft, saloons by pill-popping and toking bars. Settlements were largely lawless as communities struggled to come to terms with democratic governing structures.

The most lawless territory in all the galaxy was X-11-G. It's reputation was well known and attracted the dregs of galactic society. It also attracted the most beautiful women, historically known as ladies of the evening although the term "ladies" might have been a bit of a misnomer as they weren't all human but if one wanted to get a little kinky with some out of this world inter-species nooky, X-11-G was the place to go. And that was Gackerman's downfall.

After a long haul from police central to X-11-G Gackerman convinced Blyxbert that a night on the town was in order. They started out at a burger bar, although there hadn't been such a thing as a cow in centuries so who knew what went into those things. They moved on to a toking bar and after a couple of hours thought they'd release a little pent up tension - if you get my drift.

The boys visited Madam Getiton's House of Inter-species Delights. Gackerman must have had more tension to release than he thought because no sooner had he chosen a delightful little darling with four arms, seven eyes and eleven vaginas he took one look at his voluptuous partner and exploded - literally.

Blyxbert turned to where he had just evaporated and said to himself "Wow, talk about a big bang theory!"

Tara R. said…
Funny! Both the original piece and this one were so different. I like that you ventured into two different genres.
4 July 2014 at 13:41

ReformingGeek said…
Ah geez. Somebody had to clean up that mess!

nonamedufus said…
Even though the prompt came from my story last week I really wanted to go in a different direction. You might say to boldly go where no blogger has gone before.
5 July 2014 at 07:56