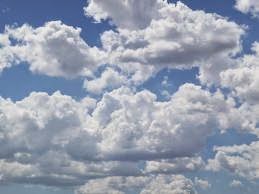 Jerry and Beth lay on their backs in the tall grass, the sun shining down on their little piece of heaven on earth. They were looking at the clouds as they skidded across an ocean blue sky.

Summer holidays were drawing to a close and the teenage couple were taking it easy; thoughts of their Grade 10 classroom the furthest thing from their minds.

It had been an enchanting summer for them both. Enchanting was Beth's word. Jerry would never have come up with it. Nice would be about as inventive as Jerry could be. Nevertheless the two were basking in the sunshine and each other's company as they had most days during this summer of firsts.

This was Jerry and Beth's first relationship. They'd gone on a first date to a forgettable film spending more time gazing into each others eyes than at the screen. And they'd experienced their first kiss. Both Jerry and Beth were firm believers in that old adage that practice makes perfect so there had been a second, a third, and many more kisses.

"Look, a knight on a stallion" squealed Beth. "Where?" cried Jerry. "I don't see it." "Look over there" pointed Beth. "Next to the one that looks like a dog." Jerry squinted. He tried his best. He agreed on one cloud looking like a dog but for the life of him he couldn't find the knight.

"Never mind" said Beth. "It's too late, it's shape has shifted into... into... into - look a heart!" Jerry saw it right away and exhaled slowly as he turned to Beth. "It's for us, Beth. That heart's for us."

"It's our fluff of happiness" whispered Jerry.

"Oh, Jerry," moaned Beth. "You really should work for Hallmark."