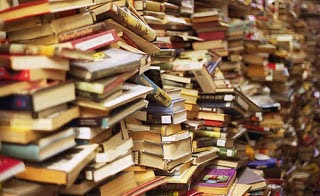 After having read 9 books in August I slipped somewhat to 7 in September taking me to a total of 85 books I've read this year.

I started the month completing Margaret Atwood's so-called dystopian trilogy that began with Oryx and Crake and ended with MaddAddam. I must say I enjoyed these books and was pleasantly surprised by this futuristic tale from Atwood, not having read her before.

I then read Nina Simone's autobiography. I have several of her CDs and a concert I watched on TV moved me to go searching for more about her. She was truly an amazing woman. Not just in the sense of a great musician and singer but also as an active participant in the human rights movement in the States. This was a short but interesting read.

Apart from the short story The Curious Case of Benjamin Button - yes, on which the movie with Brad Pitt was based - I fell into a Kurt Wallander jag. Wallander is the protagonist of the police detective novels by Swedish writer Henning Mankell and I got through his first four "Wallander" books. His books are a tad on the long side and a bit drawn out but a good read nonetheless. Those that are familiar with my reading habits know how much I love detective series or novels of the hard-boiled genre. Raymond Chandler, Ross MacDonald, Robert Crais, R.J. Ellory, Lee Child and Ken Bruen are among my favourites.

So here's what I read in September, in the order in which they were read.

I've just started the latest Stephen King novel Doctor Sleep which, interestingly enough, is a sequel to his 1977 bestseller The Shining. More on that next month.

I'm always on the lookout for something new to read. Let me know if you have any recommendations for me.

Bryan G. said…
I've been reading the Wallander series too, but I think I'm a bit behind you. I don't know if I love the books, but it's a good series and worth continuing...so far. I might get back to it this month, but it will be there waiting for me, if not. It's not like they go away. :)
3 October 2013 at 09:36

nonamedufus said…
It took me the first book or two to get into this series. Maybe it has something to do with the translation from Swedish, I don't know, but I found in some instances they plodded along. Overall, though, a good read once you get familiar with the main character.
3 October 2013 at 09:55

nonamedufus said…
Many of these are e-books, LOBO. You can't get near them with your matches - thank goodness. Luddite.
3 October 2013 at 15:26

milecar said…
This is very nice article for best cleaning carpet which I was looking from long time. When cleaning carpet in Ocala, Lady Lake, or The Villages, Florida we strictly follow the IICRC's guidelines. The IICRC is the internationally recognized authority on carpet cleaning. Using a non IICRC certified firm may void your carpet warranty.
6 October 2013 at 03:52

P.J. said…
I am seriously impressed. 85 books this year? I can't imagine doing that. My problem is I get reading blogs and writing them and then my book time goes away. Then when I settle down to read, I fall asleep. Go figure.
7 October 2013 at 13:15

nonamedufus said…
What makes this really impressive is it includes nodding off time.
7 October 2013 at 13:31