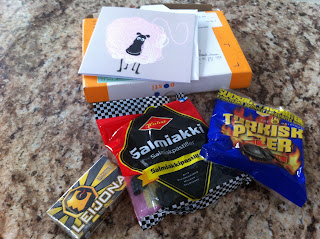 A couple of weeks ago I told you about my Finnish friend Ziva. She sent me a package of 3 different kinds of candy from her homeland as a gift. Well, Mrs D and I finally worked up the courage to try these little wonders. Hey, we like sweets just like the next person - sweets being the operative word. Alas, what Ziva sent me weren't sweet. 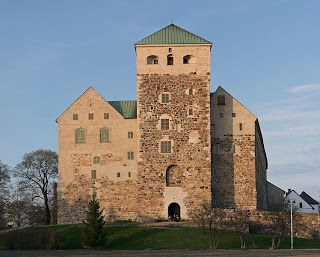 Now Ziva, who lives in a tiny little house in a quiet little Turku neighbourhood in Finland, went to a lot of trouble to buy these candies, package them up and ship them to me from Finland. I'm sure she has better things to spend her money on. It was so thoughtful of her the least I could do is eat what she sent me.

I knew we were in for a spot of trouble when I couldn't even open the packages. They were well sealed and I had to forage for a pair of scissors to get at the goodies.

Mrs D and I poured ourselves a glass of water each before we started so as to rinse our palette throughout our little taste test. Well that's what one does, doesn't one?

First up: Salmiakki. Blech. The consistency is like liquorice and I love liquorice but the taste was nowhere near the liquorice I'm used to eating. Turns out salmiakki means "salty liquorice" and salty it was. Wikipedia says the stuff has been referred to as tongue numbing and stinging. Mine still is.

Mrs D and I looked at each other, our eyes wide and then in unison we bolted for the kitchen sink.  After much retching and coughing - and water - we moved on to the package of Tyrkisk Peber, another liquorice candy. Aren't we brave? Except this one, in addition to salt contains pepper, hence the translation of Turkish Pepper. This is a hard candy that you suck on as opposed to chew. The verdict? It sucked all right. Retching, coughing, water. Oh my.

Finally, having lost control of all sensibility, not to mention our sense of taste, we tried the last candy...a little something called Leijona. Wikipedia describes this confection as a Finnish liquorice candy with tar flavouring. Excuse me? Tar flavouring? Bring on the retching, coughing and water!

These Finns have some pretty weird tastes. Or maybe no tastebuds at all after eating these so-called "candies". Hell, it's no wonder the Finns drink so much. It's to get rid of the taste of these damned salt, pepper and tar liquorice candies!

Now how can I show my appreciation to Ziva? What can I send her to return the favour? It has to be something distinctly Canadian. A real Canuck delicacy.

I could send her a pound of poutine. 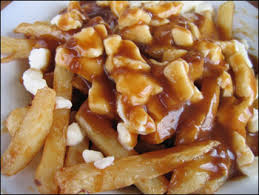 No, it's best served hot and it'd cool off by the time it got there.

How about a box of maple syrup? 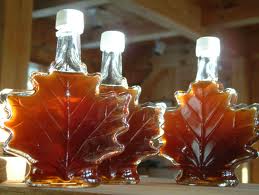 No, that might leak on the way over. Let's see.

Something sweet and chocolatey with a wrapper that has a picture of what I imagine Ziva looks like. 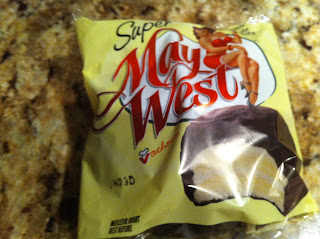 A May West. A far cry from salt, pepper and tar!

nonamedufus said…
Mrs D and I tried one candy from each pack. Then we gave the candies to our friends to try. We haven't heard from them. Maybe they're not speaking to us any more.
26 March 2013 at 10:07

nonamedufus said…
Different people have different tastes, Nicky. Won't buy that, eh? So how long before the tongue numbing cleared up?
26 March 2013 at 21:10

Anonymous said…
I have seen that car insurance organizations know the cars and trucks which are at risk of accidents as well as other risks.

Additionally they know what form of cars are given to higher risk as well as higher risk they've the higher a premium rate. Understanding the basic basics associated with car insurance just might help you choose the right types of insurance policy that may take care of your requirements in case you become involved in an accident. Thank you sharing a ideas for your blog.