Dedicated Punster of Fashion (oh yes he is) 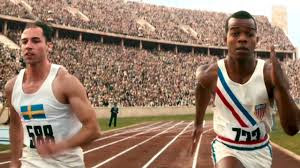 George looked across at Bob. Both were bent over pant-ing, puff-ing in and out rapidly. The race they had just run had ended in a tie. Damn, George thought, isn't that dandy. Bob was pleased that he'd skirted failure. But he decided to button his lips and keep quiet.

Fred sat alone in the stands crumpling his receipt. He'd bet his money on George to win. A tie left him feeling short-shirted.

The race was tailored to create problems with no sure winner. Since George and Bob had tied for first the rest of the runners had been suspendered from the next step. A run-off, not a fashionable activity, would nevertheless be required. A run-off was custom-made to determine a winner.

The two runners would be hard pressed to refuse to compete after all that each had in-vested in training for this event.

Bob had pumped iron while George had done push ups. Both had dressed-up the plans of their coaches and worked at them harder than a one armed employee of a steam shop.. Both were im-pressed with their results. And both felt each's training was well-suited to the task at hand.

In fact both felt they had this run-off thing sewn up.

If you read this little tale closely you would have discovered it full of sartorial references. That's because the Studio30+ writing prompt this week was sartorial/fashionable. And as usual my stylish post went in a different direction.