The Big Day is Coming

October 05, 2007
Yesterday Maryse and I went to the Bone Marrow Transplant Clinic at the General Hospital and learned what's in store for me next week and beyond.

It all starts next Tuesday at 8am when we go to Admitting. I'm not entering the hospital next week, but will likely have to at some point in the future, as early as a week later due to fever or infection.

Next I'll have a PICC line installed (peripherally inserted central catheter) in my arm. PICCs can remain in your arm for between 6 months and a year and facilitate intravenous chemo and other medications as well as the taking of blood samples. This seems the better route to go than regular short intravenous needles each time I need to provide a blood sample, given that I'll be visiting the hospital on a daily basis at the outset, then 2-3 times a week, once weekly and finally once monthly.

After the PICC is installed I receive my last and highest dose of chemo - a drug called Melphalan. In clearing out any remaining cancer cells, this drug results in decreasing my white cells, lowering my hemoglobin and decreasing my platelets. So a blood transfusion may well be necessary a day or so later.

That's it for Tuesday. Wednesday is described as a day of "rest". Then the stem cell infusion is scheduled for Thursdat October 11 at 1pm.

Then the hospital visits to monitor my vitals and take blood samples begin on a daily basis.

While this varies on a patient-to-patient basis, somewhere around the 7 to 10 day mark I'll likely be admitted to the hospital for up to 2 weeks or so to deal with fatigue, infection or fever or a combination there of. This actually could occur at any point, night or day, hence the pre-admission exercise Tuesday.

Full recovery of the immune system usually takes about 6 months. Early on, apart from fatigue fever or infection, the biggest concern is mucositis or serious mouth sores and pain as a result of the chemo. Beyond 6 months the threat of viral pneumonia remains a concern.

And of course, after all is said and done, with a recovered bone marrow and immune system, the cancer should be gone. Keep your fingers crossed for me! 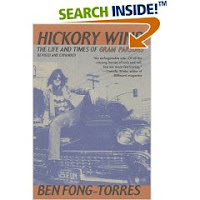 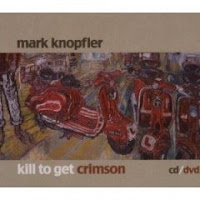 Kill to Get Crimson by Mark Knopfler