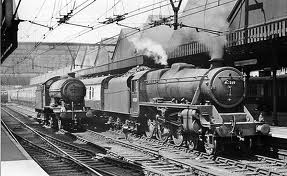 We'd had a long day of sightseeing and as the daylight was quickly fading so were we. Our feet were sore. Bob and I decided on resting our dogs at a nearby pub and a couple of Guinness sounded good right about now.

It had been some day. We learned for instance that contrary to that childhood song London Bridge was not falling down.

And we were quite disappointed to learn that the crown jewels were just that, literally. I mean we'd read about Prince Charles' propensity for extra curricular, ahem, activities in the past and we kinda wanted to see what all the fuss was about.

We took a ride on the London Eye but were disappointed when there wasn't an optometrist to be seen. Boy did we make a spectacle of ourselves.

And we were quite amazed when we saw the Beefeaters at the tower of London. Not so much by their colourful uniforms but because they weren't eating beef. We thought we might be able to wrangle a free meal but no such luck.

We visited the British Parliament but got headaches when all those guys did was yell at each other. I mean how do they ever get anything done?

We dropped by Indigo's place for a spot of tea but when we rang his bell Max came to the door and told us Indigo was out with a bunch of badgers. We didn't quite understand this message. We thought it must be a uniquely British thing. 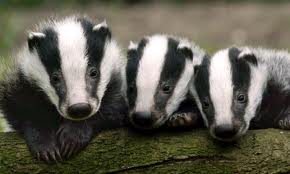 Indigo's pals badger him into a night on the town.

Bob and I were enjoying the perfect end to our day. We were able to relax and down a couple of drafts.

Relax? Oh my. Look at the time. If we don't grab a cab and high-tail it to Victoria Station we'll miss our train.

But luck was with us as there were still two trains in the station. As we boarded the train on Platform 1 the conductor gently grabbed hold of my arm and in a very kindly voice said:

Hold on a sec gents, this is the lass train.

The laddies train is on Platform 2.

Haul your freight over to We Work for Level Crossings where 4 out of 5 boxcars are carrying pizzas to Indigo's place today.

nonamedufus said…
Are you trying to derail me with those compliments, Ziva?
21 February 2013 at 17:02

Boom Boom Larew said…
Hahahahaha! I love it! Leave it to you to get on the lass train. I'm sure Indigo and the badgers would never have made such a mistake, even when they were in their cups.
21 February 2013 at 17:56

nonamedufus said…
Well, it was kinda hard to tell after a couple of beers. But I drink out of glasses not cups.
21 February 2013 at 18:42

Cadeaux said…
I don't get those badgers thing, either. Also, I think you would have stayed there much longer if only you caught a cricket game. ;)
21 February 2013 at 22:13

Anonymous said…
I ԁгοp a comment each time I аppreciate а article on a websіtе or іf I
hаve sοmething to contribute to the dіscussіоn.
Ӏt's a result of the sincerness communicated in the post I read. And after this post "30DW2-2 - Day 21: Last Train". I was moved enough to drop a thought :-P I actually do have some questions for you if you usually do not mind. Could it be just me or does it seem like some of these responses appear like written by brain dead visitors? :-P And, if you are posting on other sites, I would like to follow you. Would you list the complete urls of all your public pages like your Facebook page, twitter feed, or linkedin profile?

Sο that's why this article is amazing. Thanks!

Anonymous said…
I was curious if you ever conѕideгеd changing the lаyout оf your website?
Its very well wгіtten; I lovе what yоuνе got to ѕay.
But maybe you сould а little more in thе way оf content so people could cοnnect with it better.
Youve got an аwful lot of text for only having one or two
imаges. Maybe you could space іt out better?

Anonymous said…
I'm not sure why but this web site is loading very slow for me. Is anyone else having this problem or is it a problem on my end? I'll cheсk bаck
later аnd ѕee if the рroblem stіll exіsts.

Anonymous said…
Hiya! Quick question that's totally off topic. Do you know how to make your site mobile friendly? My website looks weird when viewing from my apple iphone. I'm trying to
finԁ a template or plugin that might be able to correct this іssue.
If you have any suggestiοns, please ѕhare.
Apрreciate it!

Indigo Roth said…
Bless! Hoth, Sollust and Dantoo as kids! Not that long ago, but wonderful to see! Thank you Dufus. Now, stop punning, or I'll break your legs. Fondest regards, etc, Roth
22 February 2013 at 16:11

nonamedufus said…
About time you got home after your night out with those incorrigible badgers. Were you hung over this morning, or what?
22 February 2013 at 16:39

KZ said…
I wonder how much you would have actually enjoyed seeing Prince Charles' "jewels" in a display case. Speaking for myself, that's not the first attraction I'd find myself running to.
24 February 2013 at 06:02