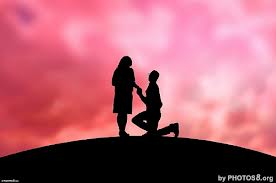 Gary had planned out his day carefully. After all this was going to be a very special day - a once in a lifetime occasion. After weeks of thought and planning he had worked things out better than a proctologist with a big stick. And after all was said and done he'd be the luckiest guy in the world.

He had taken the afternoon off from work, having succeeded in getting Bob to take his shift at Five Guys Burgers and Fries. He never could figure that name out. Who were the five guys? He didn't think he was one of them. In his store there were seven guys and four girls. Why didn't they call his store Seven Guys and Four Girls Burgers and... Ah. He just figured out why that wouldn't work.

So it was mid-afternoon. The sun was shining down on the roadway in front of him "like a shimmering ribbon of large moving ants," he thought to himself. Except they weren't ants, they were cars. He knew that. But he often liked to think in similes.

He checked his piece of paper with his list.

...he'd written as the first step.

Gary was a few fries shy of a poutine, which is why today he'd written his plans down on a piece of paper. The bank was but his first step.

He looked at his watch. "Oh my God, look at the time. I'm going to be late," he said, later than a room full of 17 year-old girls in an obstetrician's waiting room.  He quickly hopped into his car and sped off in the direction of his pre-arranged appointment.

When he arrived in the parking lot. He gathered up his purchases and made his way to the front door of Guido's Italian Restaurant.

Inside was Rebecca, a nice Jewish girl, somewhat on the heavy side, but nevertheless the love of his life. He was taking her out for dinner to celebrate Valentine's Day and, little did she know (not unlike the captain of a destroyer with an underwater missile aimed at his hull - Christ! Now he's got me doing it.) but he was going to present her with something very special tonight.

He spied her at a table, sitting alone. He made his way toward her. He'd spent the afternoon buying things he knew she liked and would present them to her before his very special purchase. He went down on one knee. Her eyes widened. First he showered her with a dozen red roses. Then he presented her with a box of chocolates of which he'd carefully replaced the cover after eating several earlier. Well, he hadn't eaten lunch, eh? Next a lovely bottle of bubbly to celebrate the occasion. Then he pulled a lovely bracelet out of his bag and snapped it around her wrist.

With a wink of his eye and a final flourish he reached his hand into the bag to present her with the piece de resistance and... and... and...

It wasn't there. He'd lost his very special present; the one that would mean so much to her. And he knew if he didn't act fast she'd never forgive him.

He looked around the restaurant panic stricken, as panicked as a pedestrian realizing they've crossed a one way street against the light. He got up off his one knee, called the waiter over and in a hushed tone whispered to him...

"Do you happen to know where I can get a good blintz?"

Well I hope you enjoyed that. I propose you head on over to We Work For Crap, er, Crepe and see if the rest of the folks know where to get a blintz.

Laughing Mom said…
I love this - quite the unexpected ending. Although, she probably would have left him if he had found the blintz in his bag! Is that a blintz in your pocket or are you just happy to see me?
14 February 2013 at 09:39

MalisaHargrove said…
I cannot quit laughing. You've done it again, Dufus! You've graduated from puns to similes. Should we be looking for metaphors tomorrow? Personally, I think you are brilliant. Yes, I said it. Brilliant.

"After weeks of thought and planning he had worked things out better than a proctologist with a big stick." Ha ha ha ha! There I go again.
14 February 2013 at 10:10

nonamedufus said…
It would have been sweet if she had have gotten a ballroom blintz. (There's a terrible pun in there somewhere.)
14 February 2013 at 12:24

Indigo Roth said…
Hey Dufus! I'm hating today. Every entry makes me hungry. And believe me, I;ve not had a bood blintz since this morning. Indigo
14 February 2013 at 14:28

Boom Boom Larew said…
A few fries shy of a poutine? Sounds like someone we all know and love. (I'm really going to have to try the poutine the next time I'm up your way. )
14 February 2013 at 20:34

nonamedufus said…
Just a different way of saying not the sharpest knife in the drawer.
14 February 2013 at 21:07

KZ said…
This right here is the definition of comedic misdirection. I enjoyed the simile game you played all throughout the post. Fun stuff, Dufus. :)
16 February 2013 at 10:36

nonamedufus said…
Did it make you forget I still had to deal with the prompt. The entire tale was a set up for that prompt.
17 February 2013 at 18:18

December 16, 2017
I know, I know, I know I should have reported in before now. But sometimes real life just gets in the way. I attempted 5 books in November. I say attempted because I slapped a big DNF (did not finish) on Neal Stephenson's Cryptonomicon. I just can't seem to get into this guy. It's the second or third of his I've given up on, Not so the other four, starting with a biography of Stephen Stills called Change Partners. This followed by a hilarious biography of the guy responsible for National Lampoon called A Stupid and Futile Gesture - How Doug Kenney and National Lampoon Changed Comedy Forever. I ended the month reading yet another biography, this one of the man behind Rolling Stone magazine,. It was called Sticky Fingers: The Life and Times of Jann Wenner and Rolling Stone Magazine. A fascinating read. So last month I hit the magic number 50 I'd imagined for myself back in January. If I roll this month into my yearly total I'm at 54 books. And I still hav
Post a comment
Read more