February 11, 2013
Back in the early 70s my ex-wife and I were lucky enough to score government grants to pay for our university tuition. In those days the majority of the money we received didn't have to be repaid, unlike today when the majority of the money is a loan. Of course it helped immeasurably that we knew the lady in the university awards office. Nevertheless, we came into a small windfall. Did we use it for tuition?

We bought a 1969 Volkswagen Beetle and took off to Daytona Beach for Spring Break. Now travelling from Ottawa, Ontario to Daytona Beach, Florida was a major undertaking. It was several days' drive. Did we know where we were going? Sure. South!

I think we actually took out a membership with the Canadian Automobile Association who provided us with a Trip Kit - a series of pages of maps with a magic marker highlighting our route for us. Kind of like the 70s version of GPS, if you will.

The trip was fairly uneventful. Being a couple of impoverished university types we camped on the way there as well as once we got there to keep our costs down. And we shopped at the grocery store and cooked on a camp stove we'd recently bought at Canadian Tire.

Back then you could still drive on the beach. And we did. Again saving money by parking right on the sand.

Two things I vividly recall about that road trip. On our way back the border guard couldn't believe his luck. Two long-haired "hippies" (long-haired, yes, but we weren't hippies) with nothing to declare? I don't think so. "Pull your car up over there" where another guard proceeded to pull the car apart. This guy thought he'd caught us not declaring a brand new camp stove. It took some tome to convince him the the sticker on the side really meant "Canadian Tire" and that we'd bought it in Canada. Not before the guy tore out the back seat and the spare tire and windshield washer tank which, back then, ran off the air in the spare tire. I'm not kidding. Better not get a flat! 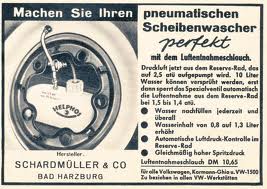 The other thing I recall was on our way down I'd been driving for some time and really had to go to the bathroom - badly. So I finally pulled over to the side of the road and made a dash for the bushes.

As I was relieving myself - and feeling relieved - a voice shouted from the car, "Dear you can't go there, look at the sign!" 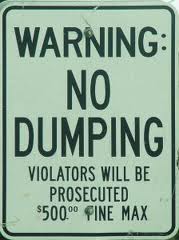 Drive on over to We Work for Cheese where Nicky and Mike are coordinating everyone's trip today.

Ziva said…
That sounds like an awesome road trip, dufus. And I can see you were into the whole punning thing already back then. ;)
11 February 2013 at 08:38

Laughing Mom said…
Road trips were always more exciting before the days of GPS.
11 February 2013 at 09:05

nonamedufus said…
The only problem with the engine in the trunk was the distance the hot air had to go to defrost the windshield. In the winter I had to drive with a scraper to clean the frost off the inside of the window!
11 February 2013 at 09:07

nonamedufus said…
I'm an old school guy. I still don't have GPS. It makes for some interesting road trips sometimes.
11 February 2013 at 09:10

Cadeaux said…
My road trip from Pahrump, Nevada to Las Vegas was NOT a fun one. I could have used a GPS for that one specifically. There are reasons why some locations aren't on a map with no streets to get to them, trust me.
11 February 2013 at 09:27

Cheryl P. said…
Sounds like a fun adventure short of the dick that tore your car apart. What the heck? You seem to have an honest face...what was his problem?
11 February 2013 at 15:35

nonamedufus said…
We had a VW Bug jam-packed with camping equipment. We were in first-year university, had long hair...we had to have been doing something wrong.
11 February 2013 at 17:19

nonamedufus said…
We made many more trips to Florida with the kids. We drove every time. Over the years the highways got better, there were more bathroom facilities and our time on those trips improved immeasurably.
11 February 2013 at 17:22

nonamedufus said…
Only if I got caught. Good thing. Back then I didn't have two pennies to rub together.
11 February 2013 at 18:39

P.J. said…
Ha, that's a road trip. I love how you mention going south. For us in the States, going south is Florida. For you in Ontario, what's truly south? Niagara Falls? :D

mikewjattoomanymornings said…
I once owned that very same car! But you had more fun with yours. Clearly.
12 February 2013 at 00:16

KZ said…
My road trip stories aren't even half as interesting as this one I'll just live vicariously through you for a day.
12 February 2013 at 04:49

Linda R. said…
I would say that traveling from Canada to Florida in a Beetle was definitely a major undertaking.
12 February 2013 at 13:10