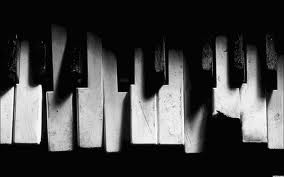 It was comedian/musician Martin Mull who said:

Music is such a huge part of my life. I don't play an instrument. I just love to listen. It's been a big part of my life since I was a kid in the 50s, starting with Elvis Presley. But I remember as a grade schooler, walking home with my pals mimicking Gene Chandler singing that doo-wop classic Duke of Earl...


Then it was on to the hot-rodding and surfing songs of the Beach Boys, Jan & Dean, the Rip-Chords and the like. And then, as a teenager, the British invasion of the Beatles, the Rolling Stones, Gerry and the Pacemakers, the Animals, the Kinks, the Troggs, the Zombies, the Dave Clark Five and others took over.

And that was it. I was hooked. In my mid-to-late teens I sang in several rock bands. We never went anywhere other than friends' basement parties but we had a lot of fun.

Since then I've collected tonnes of records and CDs and now I download much of my music.

What do I listen to? Rock, Pop, Folk, Country, Alternative, Americana. Pretty much anything except rap or disco. I'll even listen to a little classical and sometimes, truth be known, opera. And speaking of opera it was humorist Robert Benchley who put his finger on this genre of music when he said...


"Opera is where a guy gets stabbed in the back, and instead of dying, he sings."

Because I'm retired, I spend a lot of time at home. And a lot of that time is spent listening to music - in and of itself or as background music to whatever else I'm doing.

Sometimes I'll mix things up and other times I'll have artist days. My CD player will load 5 CDs at a time, you see. Today, I'm listening to the third day in a row of Rolling Stones music. Yeah, it's only rock and roll, but I like it.

I have enough music in the house to last me the rest of my life. And, yet, I'm always buying more. I'm a bit of a completist and I'm always adding to my collection.

Favourite artists? My top three have to be Bob Dylan, Neil Young and Eric Claption, particularly their output during the 70s.

Currently, I've been on a 10cc jag. I just bought their 40th anniversary box set Tenology and I've been reliving my love affair with them in the early 70s.

10cc were all exceptional musicians and they had a very humorous way with words. Take for example a song in which they poke fun at themselves and the music industry - The Worst Band In The World...


My taste in music is fairly eclectic, as you can tell. But oddly enough, while I love music I hate to dance. Oh I'll tap my feet and nod my head to the beat. But you'll never get me out on the dance floor. Oh, no. Much to Mrs D's disdain as she loves to dance.

I just thought I'd note that for you.

Now dance on over to We Work For Cha-cha-cha-changes where today you can get a peek at Nicky's knockers. I kid you not.

MikeWJ said…
You and I have a lot in common, NoName, Dylan is my number one, Young my number three. And music has been a huge part of my life, too. My whole family's life. Thanks for telling is a little bit about your collection.
16 February 2013 at 10:44

KZ said…
It's fun hearing about a person's music collection. It's a quick shorthand insight into what a person is really all about, because music acts as sort of a common vocabulary among people of from many different walks of life. Thank you for reminding me of "Duke of Earl", Dufus. I haven't thought of that one in ages.
16 February 2013 at 10:47

Unfinished Person said…
I like a little bit of everything musically too, but unlike you, rap and disco included. I prefer "old skool" rap, but disco in large quantities: we played it at our wedding and I just can't get enough. However, l love Dylan, whom my wife hates, but she grew up with Springsteen, who has said he was inspired by Dylan, so it's all OK.
16 February 2013 at 10:48

Laughing Mom said…
It is pretty obvious to those of us who follow you how much of a music junkie you are. I liked this piece because it gave the background to your love of music.
16 February 2013 at 10:53

Cheryl P. said…
I had never heard of 10cc before. I must not of been paying attention at some point. I, too like all kinds of music but disco and rap are way down the list on the list if I would list genres in the order of preference.
16 February 2013 at 11:00

Linda R. said…
It's nice that you enjoy so many different styles of music. I pretty much stick to rock, pop and some country (not the slow sappy stuff), and of course, disco. Sorry, I know your opinion on that, but in the music world there is something for everyone.
16 February 2013 at 12:15

Ziva said…
I always love listening to you talk about music, dufus, your love for it really shows. It's a beautiful thing. :)

mike said…
The world would a terrible place without music. Looks like we share a lot of the same tastes, Dufus.
16 February 2013 at 17:42

nonamedufus said…
The one thing I like almost as much as listening to music is talking about it!
16 February 2013 at 17:44

babs (beetle) said…
This post brings back a lot of memories for me. We grew up in different parts of the world, but at the same time and with the same music :)
16 February 2013 at 18:04

Unfinished Person said…
Actually it's still in a lot of pop music. For example, here: http://www.youtube.com/watch?v=wyx6JDQCslE I'm not saying it's right, but 258 million views.
17 February 2013 at 18:16

Boom Boom Larew said…
Sounds like I could be very happy listening to your play list for hours at a time!
19 February 2013 at 17:19