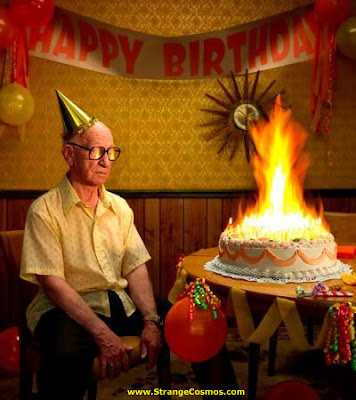 Happy Blogoversary...to me! Two years ago this week, this blog was born. It started out as "Just Cruisin'" and yours truly was known as the Greying One. The blog helped me through 7 months of chemo-therapy and a stem cell transplant, documenting my journey but also sharing humourous items from e-mails and the internet that struck my fancy. It wasn't quite as good as the drugs, but it was theraputic nonetheless. Once I'd 'just cruised' into recovery the blog morphed into nonamedufus and it focussed less on health and more on humour, advertising and music. And what started as an information source for family and friends - perhaps a dozen or so people - has turned into a blog frequented by 150 or so folks daily.

So as we head towards the true anniversary of April 25, later this week, I thought I'd highlight some of my favourite posts from the last two years. So sit back and enjoy!

Given the state of my health back then, this sign made obvious sense to me... 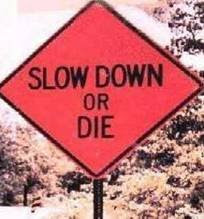 And here's one of the first music videos I shared...by a geriatric set known as The Zimmers:
The oldest and greatest rock band in the world - Meet The Zimmers - and their amazing cover of The Who's "My Generation". Lead singer Alf is 90 - it's quite something when he sings "I hope I die before I get old". And he's not the oldest - there are 99 and 100-year-olds in the band!The Zimmers will feature in a BBC TV documentary being aired in May 2007. Documentary-maker Tim Samuels has been all over Britain recruiting isolated and lonely old people - those who can't leave their flats or who are stuck in rubbish care homes.The finale of the show is this group of lonely old people coming together to stick it back to the society that's cast them aside - by forming a rock troupe and trying to storm into the pop charts.Some massive names from the pop world have thrown their weight behind The Zimmers... The song is produced by Mike Hedges (U2, Dido, Cure), the video shot by Geoff Wonfor (Band Aid, Beatles Anthology), and it was recorded in the legendary Beatles studio 2 at Abbey Road.
The embedding's been disabled so you have to follow the link. But click through; it's an absolute hoot... http://www.youtube.com/watch?v=zqfFrCUrEbY
In July 07 I found the site http://despair.com/indem.html and shared the following posters... 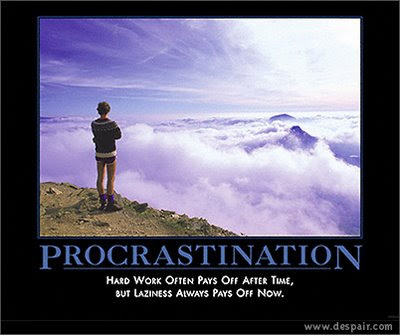 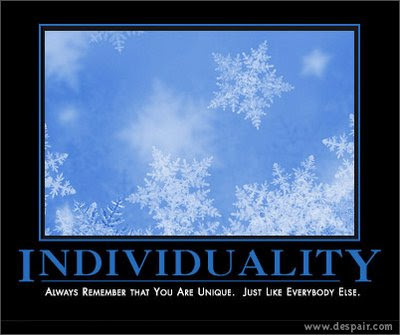 Unknown said…
Absolutely you should celebrate and share it with us. I have nothing funny to say as I wish you many more years of good health and great blogging. You go baby!
20 April 2009 at 08:17

Joanne Casey said…
Congrats and here's to the continual thriving of yourself and the blog!
20 April 2009 at 19:09

Anonymous said…
How sweet of you to share things and stuff with us. (sincerely) If you hadn't recovered, think of all we'd have missed out on! The Florida signs, rockin' Dylan, the awesome Neal pics, Renee's pucker...the list goes on and on!!!

So, which do you prefer; cash, check or charge?

Joanne Casey said…
Congrats and here's to the continual thriving of yourself and the blog!
12 May 2011 at 15:08