Has Charlie Lost His Sheen? 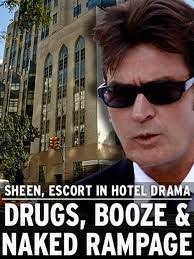 There's not much to distinguish Charlie Sheen from Charlie Harper the womanizing, alcohol-abusing character he plays on television. And that's sad. Because as far as I'm concerned, this art imitating life thing is wearing thin.

I don't know what the ratings are like for Two And -A-Half Brain Cells this season, but I'm not watching it anymore. I don't need to. All I have to do is read TMZ or watch Entertainment Tonight to laugh at Charlie Sheen.

Sure the show was funny because the writing took a cheeky and clever approach to Sheen's real life downward spiral through unsuccessful marriages, prostitutes, drug and alcohol abuse and trips to court.

But when Sheen's latest real-life problems continually become fodder for the tabloids and info-tainment shows, Harper's faults and foibles just aren't funny anymore. And for this he earns over $1 million dollars per episode. $1 million? Hell the guy doesn't even have to act.

However, the guy has opened the door to a whole new genre of situation comedies. Think of the stars standing by to get in on this new approach to TV. Mel Gibson, who can't even get a walk-on on the big screen is sure to soar on the little screen once his Two And-A-Half Sugertits debuts. 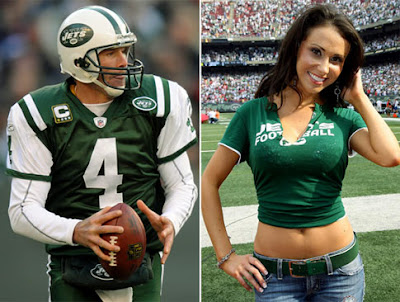 What about Brett Favre, alleged to have texted a New York Jets female employee pictures of his junk? He could be looking for a second career soon. I can see him and the object of his affections starring in How I Met Your Penis.

David Arquette recently split from Courtney Cox. Who you say? You know the guy from those Scream movies. Be sure and check out Desperate Househusbands when it begins.

And finally, they're saying Tiger Woods has a sit-com in development based on his life. The program, currently filming under the working title The Big Bang Theory, will have to change it's name as a program with that title already exists. Golfers Gone Wild is set to hit screens this spring.

This post originally appeared at The Parody Files, but nobody seems to read that stuff so I repeated it here.

Jon Hanson said…
Here in Minnesota we are subjected to this Brett Favre nonsense daily. Actually we were subjected to nonsense from that guy even before the sexting thing started to "come out" so to speak.

Love the thought of throwing some of these jackasses into their own shows ala Sheen. Maybe it will be called Sheening them. Although that sounds kind of gross.

nonamedufus said…
Simple Dude: It's a vicious circle. Actors and athletes get paid these huge salaries and many of them think that gives them a license to act like assholes. But we continue to watch them, hold them in high esteem and they continue to earn even more because of their increased popularity. And the more they're paid the whackier their actions are. There's something wrong with this picture.
10 December 2010 at 09:13

Anonymous said…
I see the temp is going "up" in Nomesterland.

AND...I've never watched the two and half men show. Don't care to. I've never understood how anybody ever thought sheen was actually ACTING in that show.

Seems to me he sold himself out. Yeah, make fun of me for a cool mil an eppy.

Darn, why can't I do that? There's so much to make fun of about myself.

"Two and a Half Quirky Chin Hairs"

nonamedufus said…
Quirky: I'd watch that! You know, on the Sheen thing I don't think he's able to differentiate between his TV role and his life anymore. I know I can't.
10 December 2010 at 10:00

http://howtobecomeacatladywithoutthecats.blogspot.com said…
The people I was staying with for six weeks watched Two and a Half Men every night... all I could think of was how creepy this guy is. More of a reality show than a comedy.
10 December 2010 at 10:57

Unknown said…
I guess Two And-A-Half Men is more like a reality TV show, except that Charlie never gets kicked out of the house, no matter how many hotel rooms he trashes. Love your headline, btw. He's a true role model for delinquents.
10 December 2010 at 11:40

nonamedufus said…
Boom Boom: I used to love the show. He started playing this character when he replaced Michael j Fox on Spin City, remember. I used to think it was quite funny because it made light of his troubles in real life. But the guy just doesn't stop getting into trouble in real life and now I'm kinda tired of the guy.

Oh, and I made that snarky comment about Tribal Blogs but you went over there and actually left a comment and became a follower on NetworkedBlogs. Cool. Thanks Boom Boom!
10 December 2010 at 12:02

MikeWJ at Too Many Mornings said…
I'm going to uncharacteristically non-funny and non-snarky here for a minute and say that I never liked Two and Half Men because I don't think Sheen's character is very appropriate for the prime-time crowd of kids who probably watch it. Even within the context of the show itself, would you let a guy like Sheen hang around with your son? I wouldn't. Kids have a hard enough time growing up with a sense of right and wrong these days.

nonamedufus said…
Mike: Depends on one's sense of humour. I used to find him funny but now there's little to differentiate Sheen from Harper. You're certainly right about his influence on young people...or lack of it.
10 December 2010 at 15:48

Nicky said…
I used to watch the show pretty regularly but then I stopped for a while and when I started watching again, I was amazed at how haggard Charlie looked. I don't think he'll be doing the show for much longer...
10 December 2010 at 20:39

nonamedufus said…
Nicky:I've noticed that too. He's looking kinda rough. But you know you can do a lot of damage to yourself when you're making $1m an episode.
10 December 2010 at 21:01

Bluezy said…
Naughty boys in a naughty world. They are getting older and getting caught with their pants down. The younger ones are faster. It is a sexual world.
Condom sales are up and so are millions of penises and some of them are dicks.
11 December 2010 at 04:35

Bluezy said…
Naughty boys in a naughty world. They are getting older and getting caught with their pants down. The younger ones are faster. It is a sexual world.
Condom sales are up and so are millions of penises and some of them are dicks.
12 May 2011 at 14:48