July 17, 2009
It was Will Rogers who once said: "I don't make jokes. I just watch the government and report the facts." But the words might well have been uttered by - or for that matter about - former comedian and newly minted U.S. Senator Al Franken. Franken, you see, spent several decades as a writer and cast member of Saturday Night Live the show that forever lampooned the politicians of the day.


What are we to expect from the former comic and now Senator from Minnesota? Well, maybe there's a clue to be had from his past. 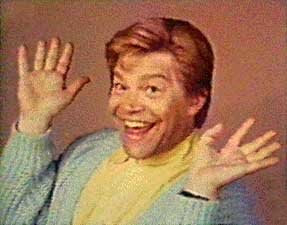 Franken, who spent nearly as much time contesting his election results as he did parodying politicians, in one of his incarnations appeared as self-help guru Stuart Smalley on SNL. Several of his famous catch phrases included:

Denial ain't just a river in Egypt.
I'm good enough, I'm smart enough, and doggone it, people like me.
It's easier to put on slippers than to carpet the entire world

Franken also wrote several books, among them the not-so-obliquely titled: Lies and the Lying Liars Who Tell Them: A Fair and Balanced Look at the Right.


So okay, we get a sense of where he's coming from, but we're not so sure where he's going.


Who knows, maybe he'll end up like former Canadian Prime Minister Jean Chretien. Chretien was in the news again this week as only the third Canadian recipient of the Queen's Order of Merit. He's in some pretty august company. Mother Theresa and Winston Churchill are among the award's previous recipients. 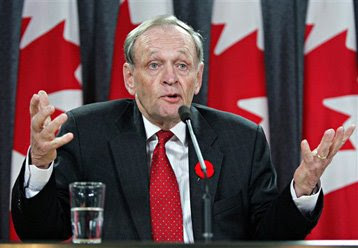 A shrewd politician, Chretien led his Liberal party to 3 successive majority government's in Canada. But Jean wasn't the most erudite individual. Indeed, many used to say he showed no favourites among Canada's two solitudes as he managed to mangle both official languages. He also was prone to blathering as opposed to giving a direct answer (hey, he was a a politician). He often came off looking more like a stand-up comic than a Prime Minister. Here's a few examples:

When you're a mayor and you have a problem you blame the provincial government. If you are a provincial government and you have a problem you blame the federal government. We don't blame the Queen any more, so once in a while we might blame the Americans.
A proof is a proof. What kind of a proof? It's a proof. A proof is a proof. And when you have a good proof, it's because it's proven.
I don't know what is marijuana. Perhaps I will try it when it will no longer be criminal. I will have my money for my fine and a joint in the other hand.
When holding a press conference on Free Trade with U.S. president Bill Clinton, Canadian prime minister Jean Chretien was asked what he thought about all the drugs that were entering Canada from the U.S. He responded: "Well, it's more trade." After a tense moment of silence and some muffled laughter Clinton leaned over and whispered something in Chretien's ear. Chretien immediately blurted "Oh drugs! I thought you said trucks!"

So my American friends, look out. Mr Franken may unexpectedly and inexplicably rise to the heights of Mr. Chretien. Geez, a lot of quotes have been thrown about in this article and I'm sorry but for some reason when I think of these two politicians I am reminded of one more quote, this one from Plato:

Those who are too smart to engage in politics are punished by being governed by those who are dumber.

Anonymous said…
Minnesota survived Governor Jesse "The Body" Ventura and are not worse for wear.
Oh wait, yes they are, Minnesota has a 5 billion deficit.
17 July 2009 at 10:02

Anonymous said…
And now Minnesota has both combined in one known Al Franken. Be very afraid.
17 July 2009 at 22:19

nonamedufus said…
lotgk: Minnesota has its share of characters.