July 20, 2009
I was thumbing through a Maclean's magazine from a couple of weeks ago last week, catching up on my periodical reading (isn't that why they call them periodicals, 'cause you read them periodically?) and I came across an article that made me burst out loud laughing. In Japan apparently 60% of guys in their 20s are known as soushoki dansi or, in everyday English herbivores or literally translated grass eating boys. 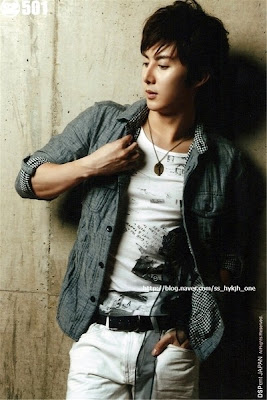 Are these guys:
a) dope-fiends,
b) only date goats, or
c) have two stomachs.


None of the above. Nope. A herbivore is a celibate Japanese slacker. Konnichiwa? To be precise, according to Maclean's a herbivore is a young Japanese man "who saves money, shuns sex, has a penchant for nice clothing and prefers a quieter, less competitive lifestyle". In Japanese "sex" is translated as "relationship in flesh". So pop culturist Maki Fukasawato coined the term herbivore boys because they aren't interested in flesh.


The article goes on to say that grass eating boys are close to their mothers, are attentive to their appearance and have few career ambitions.


Who do these guys worship as a role model, Richard Simmons? 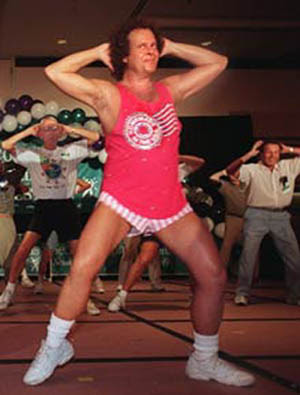 And what the hell is happening to the long held ideal of the place of masculinity in society? It's being flushed right down the toilet. Literally. Japanese toilet-maker Matsushita Electric Works (good name for a closet crapper: Mats-u-shita) reports over 40% of men in Japan sit on the toilet to pee. Horror of horrors men, urine a heap of trouble!


And get this, right out of a Seinfeld episode, Tokyo company WishRoom is selling men's bras. If Kramer had only gotten the patent he'd be rich. 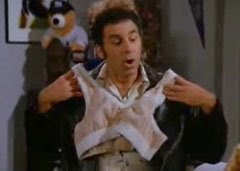 Man, Japanese men are really blurring the lines when it comes to defining the "fairer sex"as they bid sayounara to their masculinity.

We had a bitch of a time with those assholes in WW2.

If that ever happens again, they won't have the testosterone to go to war. And if they did, shooting queer Richard Simmons like Japanese will be easier than fish in a barrel ;)
20 July 2009 at 08:21

John J Savo said…
Perhaps this nonsense is a result from the fallout of two nuclear bombs. Or perhaps the Japanese are just freakin' weird.
20 July 2009 at 22:19