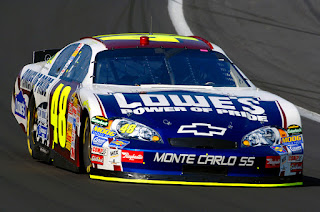 How he came to be here he wasn't quite sure. He hadn't set out to be here. He was out for a drive with Dad and before he knew it here he was.

It was like he had been on auto-pilot, something instinctive or automatic that had driven him here. He laughed at his own pun because actually it had been him that had been doing the driving. And it was an automatic.

But it had all been a blur. Which wasn't good if he'd been behind the wheel. Nevertheless all seemed to have gone well because here he was, all in one piece.

"Well done" said his passenger, a portly middle-aged fellow. He jumped. Just where had the passenger come from and where was his Dad?

"I think you've passed with flying colours" said the passenger. "It's not everyone that passes on the first try".

"Oh my God" he blurted. "If I can drive like that without paying attention think how well I'll drive when I take stock of my surroundings." I may just be ready for NASCAR!"

"Not so fast" said his passenger. "You'll never get anywhere in NASCAR. All you ever do is turn left."


The prompt from Studio30+ this week was instinctive. Which is how I wrote this post - instinctively.

Paula Larew Wooters said…
It's actually quite frightening how often I arrive somewhere and discover I've been on autopilot the entire time. (Especially when it hasn't been all left turns.)
26 June 2015 at 06:20

nonamedufus said…
I know, eh? Sometimes I'm surprised I haven't had an accident. Just where do my thoughts go during that period? And how did I zone back in safely. Yikes.
26 June 2015 at 17:40