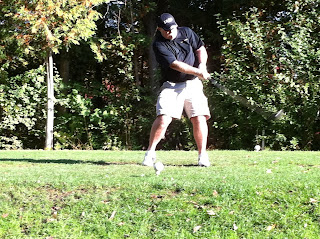 Shirley sipped her drink and peered over her glass's rim across the room from her vantage point in the corner. The party to usher in the new year was much like those dances one attended in their youth. You know the ones in the school gym where the cliques all gathered in their separate zones. The cheerleaders, the jocks, the band members, the smart kids and then you and your friends.

Slowly Shirley started to circulate. She knew pretty much everyone here but didn't actually belong to any one group. As an insurance salesman in a small town Shirley knew everyone but really didn't have the same interests as anyone.

She nodded and said a quiet hello to those who caught her eye. Well she had to. She couldn't ignore them. All, save several, were her customers. Bob was worth $500 thousand, Dick a cool million and Betty $2 million. That's how Shirley thought of people...in terms of the value of their life insurance...or of the value of their house, their cars and in some cases their cats. Shirley couldn't understand the latter but then cat owners were kind of special.

As she drifted by a circle of folks she overheard one fellow telling a joke.

Do you know why the game is called golf?
Because all the other four letter words were taken.

The clatch of party-goes guffawed and Shirley, a golfer herself, chuckled softly as the fellow looked at her. "You're a golfer?" Shirley inquired. "Yes I am" said the joke teller, breaking into a smile. "Although in university I played several sports, football and basketball among them".

"Oh so you're a jock" said Shirley, rolling her eyes. "A jock who tells jokes" she added. "I guess that would make you Jocular!".

And as the jock turned on his heel and the countdown to 2016 began Shirley knew she'd never keep that resolution about no more puns in the new year. And likely no more dates.


The folks at Studio30+ have made jocular/jesting this week's prompts. I'm jesting at the best of times and this week is no different.