An Out Of This World Halloween 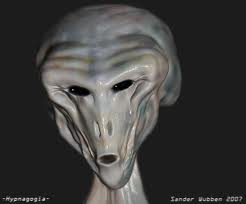 Grok and Klingor were excited as they entered earth's atmosphere. It was just a matter of days before they would celebrate their annual Halloween pilgrimage. Nothing quite like it existed on Gemini 7 and they'd discovered it's existence some years ago quite by accident.

Carved pumpkins, black cats, ghouls, witches and other decorations had caught their eye and as they sat back to take it all in giggled at the little shapes and forms of ghosts, Star Wars characters, Mini-Me's and other characters flitting from door to door in search of treats.

Neither Grok nor Klingor could figure out why they demanded "trick or treat" when no one ever asked them to perform a trick. But, hey, it seemed an easy way to load up on candies and chocolate. Thus began a 15-year annual trek to earth for Halloween.

This year, Grok and Klingor went to great lengths with their costumes. Grok decided to dress as a bath tub. It was really quite easy. All he had to do was think about it and he was able to transform himself into a tub. Klingor went in a different direction and transformed himself into a kitchen sink. Taps, drain, pipes...the whole nine yards.

Everything was going swimmingly until they hit a house around the corner. A fellow answered the door and started to laugh. Then he could't stop and kept laughing and pointing at Klingor's sink. Well, Klingor wasn't going to take such abuse and in the flash of an eye sucked the guy through the drain hole and out of existence.

The prompt from Studio30+ this week is terse/succinct. I'm sorry.