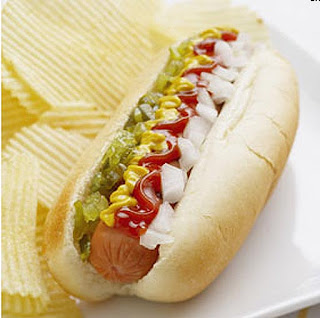 Brad started his week with a breakfast of two sausage and egg McMuffin sandwiches. Every Monday, without fail, Brad would zip through the McDonald's drive-thru and place his order. A medium coffee, double-double would complete his meal.

Throughout the week, Brad would make himself a couple of eggs and bacon for breakfast. But on Friday he'd hit up the nearby restaurant and have two eggs over easy with sausages, potatoes and toast.

And that's just breakfast. For lunch Brad would have a sub, a burger or a couple of hot dogs. Not the healthiest approach to eating, for sure.

Brad's wife, Paula, was becoming concerned with Brad's eating habits. He was seriously out of shape and she told him so. Brad would joke "Hey, round's a shape" as he went searching for a second helping of their dinner.

But Brad knew Paula was right. And he decided to take matters into his own hands. He went for walks, bicycle rides, did stretches, push-ups and sit-ups. He was determined to find his abs which for some time had gone missing beneath several layers of fat.

Brad thought to himself "I seriously have to renounce my current eating habits. I have to get healthy."

And soon, after much hard work, Brad sported the abs of an Adonis. Well, maybe not quite an Adonis but you get the idea.

But Paula noticed a difference and happily remarked "Brad, congratulations, you've worked very hard to, you might say, ab negate."


The prompt from the folks at Studio30+ this week is abnegate/renounce.