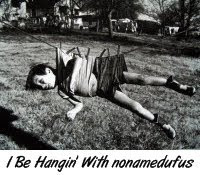 I'm surprised no one came up with "poopy head" for our picture this week, except me. Shows you where my head's at. (ha, ha, pun intended) Well let's tap into some of this week's craptions, erm, um, captions.
Boom Boom let one drop with:
Ms. Paladin's motto:
Have Bathroom - Will Travel
laughingmom gave us a little tinkle with:
port-a-potty
00dozo must have been mighty flushed after coming up with this:
Really bad television crossovers: America's Next Top Model contestants host an episode of Extreme Makeover: Home Edition.
But it was the blogless Raymond who demonstrated himself to be a man after my own pun with: 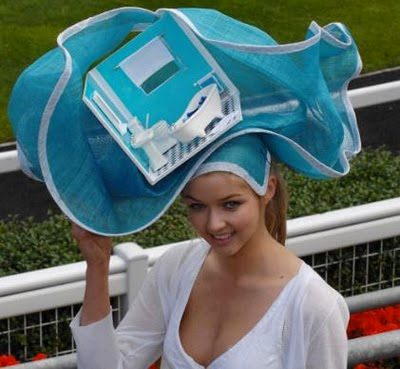 I heard this year's Easter Parade has been moved to Flushing Meadows.
Way to go Raymond. You be hanging' with dufus. Congratulations on that ripping caption! I think you've managed to clear the air this week with that one.
Thanks to everyone who participated. Looking forward to next week's exercise.
But wait.
And this week we institute a new prize for the best comment about today's comments on this week's captions. You still with me? It goes to 00dozo for:
Congrats Raymond. Everybody Loves Raymond, heh, heh.
For her efforts 00dozo wins the Golden Clothespin award! Well why not. After I told her she won the comment about comments award in a pinch (pun intended) she came up with the name. So double zero dozo here's to you... 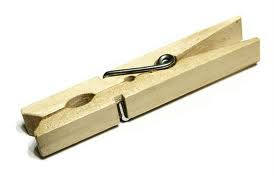 A few more of these and 00dozo'll be hangin' with dufus too. I'll have to make some room up there on that clothesline I hang out on.

http://howtobecomeacatladywithoutthecats.blogspot.com said…
Poopy head... now, why didn't I think of that? (I hear that name frequently at work.) Congrats to Raymond... hope he makes it to the parade this year!
26 March 2011 at 09:48

nonamedufus said…
Donnie: Stare at her boobs? So that's what silenced you this week. Never known you to be at loss for words before.
26 March 2011 at 11:16

Anonymous said…
Heh heh. I still can't believe the winning caption did NOT mention Lady Gaga (even if it wasn't mine.)

And mucho congrats to Raymond and of course to another honorable mention to Boom Boom blah, blah, blah.

Unknown said…
"Nonamedufus" has been included in this weeks A Sunday Drive. I hope this helps to attract even more new visitors here.